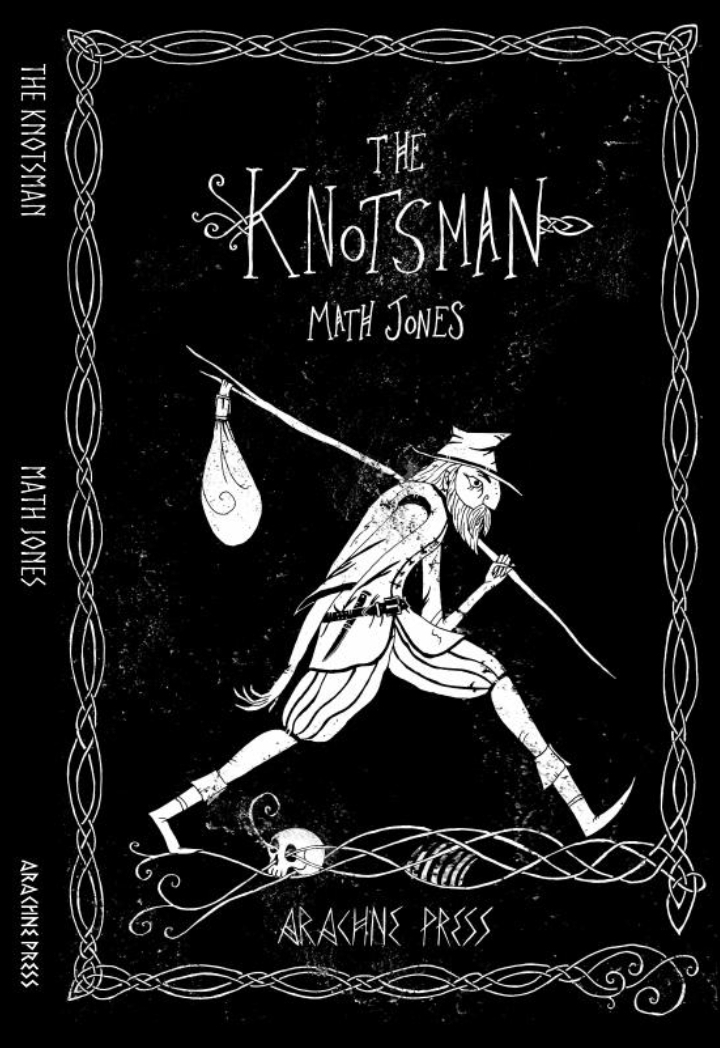 is London-born, but is now based in Oxford. He has two books published: Sabrina Bridge, a poetry collection, from Black Pear Press (2017), and The Knotsman, a collection of verse, rhyme, prose and poetic monologue, which tell of the life and times of a C17th cunning-man. Much of his verse comes out of mythology and folklore: encounters with the uncanny and unseen. Also, as words written for Pagan ritual or as praise poems for a multitude of goddesses and gods. He is a trained actor and performs his poems widely.

Several threads to that, from school assignments, to times of emotional anxiety needing expression and clarity of thought, to moments of exploration to see what’s there, to stepping into pagan ritual space and needing to find language and form in meeting the gods, to having something to hold whilst everything collapsed, to having direction and somewhere to go, to being just in the space and the moment, to have moments of enough, and perhaps to honour everything found on the way.

Knowing that words and language are only the outward signs of things, and life comes in breaths, but in order not to be alone, we take up the trappings and make use of them.

Sporadic times in my life, the pens been the outlet, in school, in teens, inside and outside of married life, till I realised just recently I’ve been writing since I could.

Not very. There were poets that played, and I liked that. I missed, I think, whatever reverence or distance was placed on them. They just happened to be there. Arguing amongst themselves, maybe. Now I know they were mostly just like me, feeling their way, not knowing really what they were doing. Perhaps happy in their circumstance, perhaps not knowing it. Though they are who they were, it’s other people made them something else.

Wake up, breathe. Maybe, I’ll wake with a free poem coming. Write it down. Maybe it’ll hit me in the shower, or walking. Perhaps it needs a certain moment detached from the world, like often I’d be travelling. Sometimes, it’s a swell of emotion needing a fable, needing a drama, for clothes to wear. Often, now, I’m just waiting for a welling, or a breeze, and I let it move me. And sometimes it’s wanting a poem that says ‘just that’.

Something that wants to be heard. A coincidence of feeling and thought and opportunity, helped by trust and a long practice. A feeling of ‘this might help’. A feeling of ‘don’t let me be alone’.

I don’t know what this means.  I do resist the need to prove myself a writer. Building a shelf, I might be a sawyer, a planer, a driller, a screwer, a hammerer, a leveller, but I’m building a shelf.

I guess they make me comfortable with form, happy to be traditional, old-fashioned, to be playful, fanciful, to write what’s not been written before. Perhaps.

Have to ask those writers I’ve not read to forgive me. Alan Garner, for worlds besides one another. Ursula Le Guin, for the deepest things, and things over-looked. Rosemary Sutcliff, for trials into who you are. Robert Graves, for being flawed, but himself anyway. William Morris, looking for a language. George McKay Brown, I’d like to think of as kin. Yeats, for Fairy. Moments when a writer’s made me want to give up on writing, only to try again later.

Oh, I thought that was what motivates. Suppose I could add, that writing’s just a part of it. Because before the writing’s the enquiry, the living, the wanting to have good thoughts, wisdom if possible. To practice trust in myself, and in what wants to speak to me, to have that trust me, the listening. And after, there’s the wanting to share, to find the one to hear it spoken, to put it on the air. To speak it.

Things like, “get it wrong”, maybe. Listen. Feel. It’s a cloth thrown on the air to catch its shape. Practice language – it’s a cloth, etc. Not everyone’s where you are, but you are. They’d also need to tell me what a writer is to them, and what becoming one would look like for them. Then I might have an idea where to point them.

Um. I don’t know where they’re going… but The Knotsman could be staged, performed, recorded – that might happen. Gylfaginning, an Old Norse text, I ‘ve spun it into verse; needs revising, clarifying. The King of Death, 366 verses on a year spent in the land of the dead as its king; I might need to grow some more to be able to revise it, justify it. Then themes that recur in sporadic fashion: poems of folklore, poems of goddesses, gods, poems of Bear, poems of fairy and elf-lore, fables, narratives, landscapes, could be shaped into collections and books. Perhaps it’s being alone, perhaps it’s recent events, but mostly it’s needing a place to go.