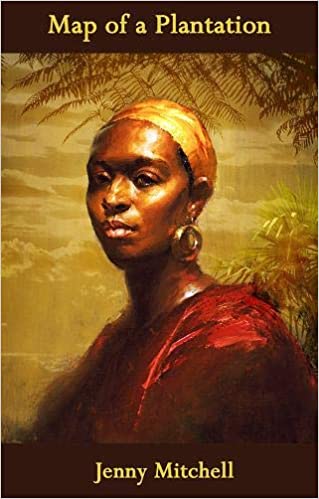 is winner of the Folklore Prize 2020, the Segora Prize 2020, the Aryamati Prize 2020, the Fosseway Prize 2020, a Bread and Roses Award and Joint Winner of the Geoff Stevens Memorial Prize. She has been nominated for the Forward Prize: Best Single Poem, and her best-selling debut collection, Her Lost Language, is one of 44 Poetry Books for 2019 (Poetry Wales), and a Jhalak Prize #bookwelove recommendation. Her poems have also been published in Magma, The Rialto, The Morning Star, The New European among others, as well as several anthologies. She has performed her work in Italy, France and regularly in London.

In writing my second collection, Map of a Plantation, I was clear that I wanted to write about a journey from the enslavement of black people in Jamaica through to Abolition, then onto the present day.

I decided to start with the voice of the enslaver, full of the ‘passion’ to conquer and possess. I then wanted to describe the repercussions on those who lived under such a violent and repressive system, not only the enslaved people but the enslavers themselves.

It was important for me to include a more reflective, perhaps personal perspective because I, like everyone in this country whatever their so called ‘race’, contain the living legacies of this history.

2) How important is form to you in writing your poetry?

I generally steer clear of writing formal poetry but in the last year have begun to experiment with sonnets, sestinas and Pantoums. I feel they are really wonderful for giving ‘discipline’ to an idea I can’t quite get to grips with otherwise.

3) How important is history in your poetry

My poetry is based on about five years of independent research into British transatlantic enslavement.

Although born and educated in the UK, I was not taught about this history at all. It seems to me that when it began to be taught it became very much a fantasy or legend about poor black people being freed by good white men like Wilberforce. My research showed me that this was far from the truth and that black people were powerful agents in the fight for freedom.

In working with young black people, I saw that they often felt disempowered by the mangling of history that suggested their ancestors were passively enslaved then passively freed. I wanted to find the evidence that the history of enslavement and emancipation was one of constant black resistance, resilience and power.

If I could recommend one book for anyone to read it would be Natural Rebels: A Social History of Enslaved Black Women in Barbados by Sir Hilary Beckles. I can honestly say it changed my life and my thinking about the history of enslavement.

4) What is the significance of nature in your poetry?

My new collection is set in Jamaica where the natural world predominates. It is key to my work as a symbol of power, transformation and also as consolation. But cane and banana fields also led to great pain and degradation for black people in enslavement. The literal fruits of their labour helped build the foundation of the British industrial revolution so for me nature can never be ‘neutral’.

5) After having read the book what do you hope the reader will leave with?

I’m not sure I can answer this question as I don’t want to be prescriptive. I hope the reader will engage with the poems in a way that has meaning for them. I’m also keen to hear feedback so encourage readers to contact me on Twitter @jennymitchellgo.

Finally, many thanks to Paul Brookes for asking to me to take part in this interview.

Her debut collection, Her Lost Language, was joint winner of the Geoff Stevens Memorial Award 2019 and is a Jhalak Prize #bookwelove recommendation.

Map of a Plantation (Indigo Dreams Publishing) is her second collection.

It is wonderful to track an author’s progress. Here is a link to my 2019 general interview with Jenny about her creative process: