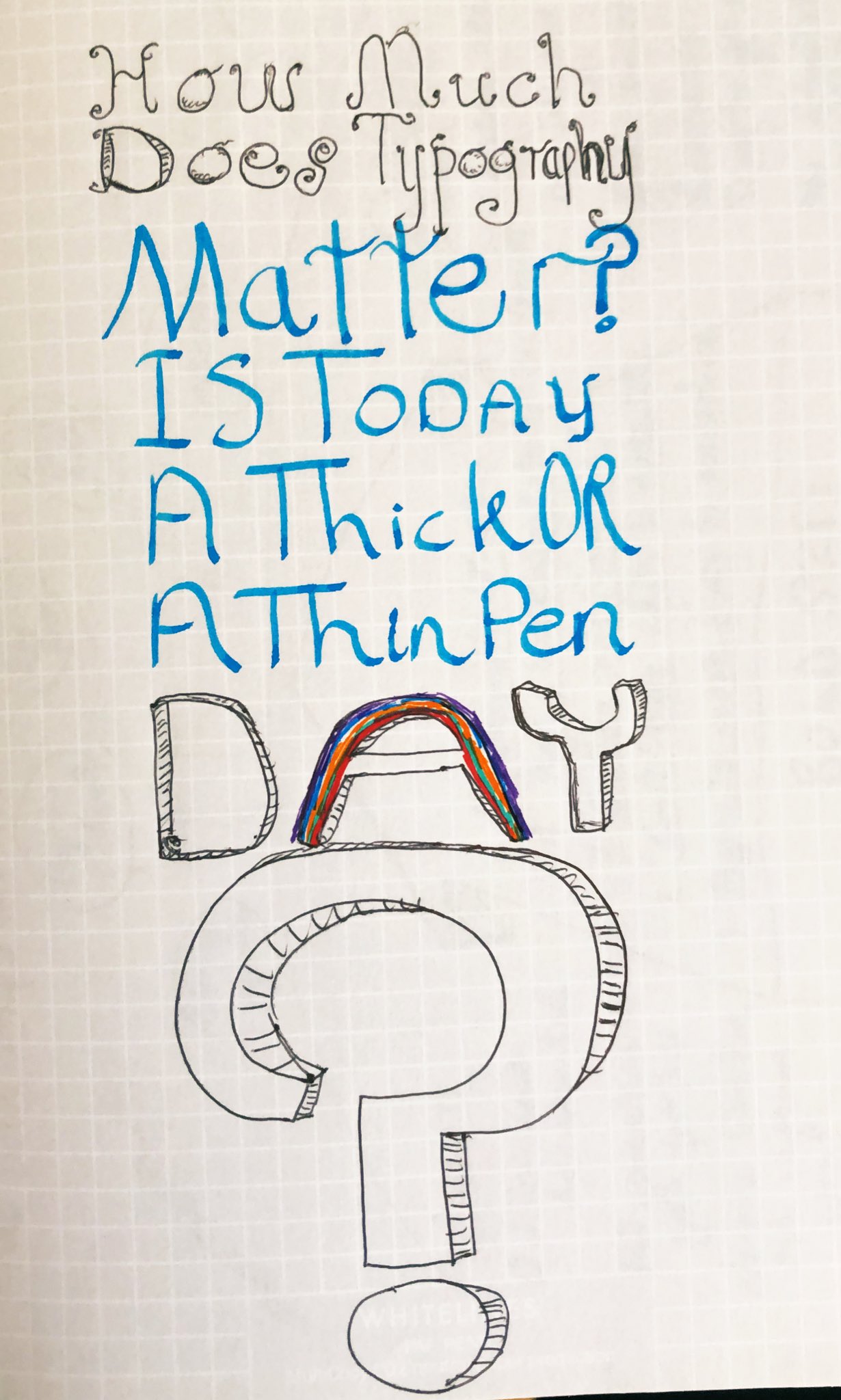 TL;DR is capless is eminently practical, reservoir will last a day at a conference, writes beautifully with the gold nib, capless makes it great for whipping out of a pocket and just writing, no cap to lose,the stub gives a lovely sharp line.

…the Eco is much cheaper and almost as good. And it has a cap. The has more flex than is usual fir a steel nib. The Lamy studio I also use a nib with same width but it makes a wider line and the Lamy nibs I find too stiff. 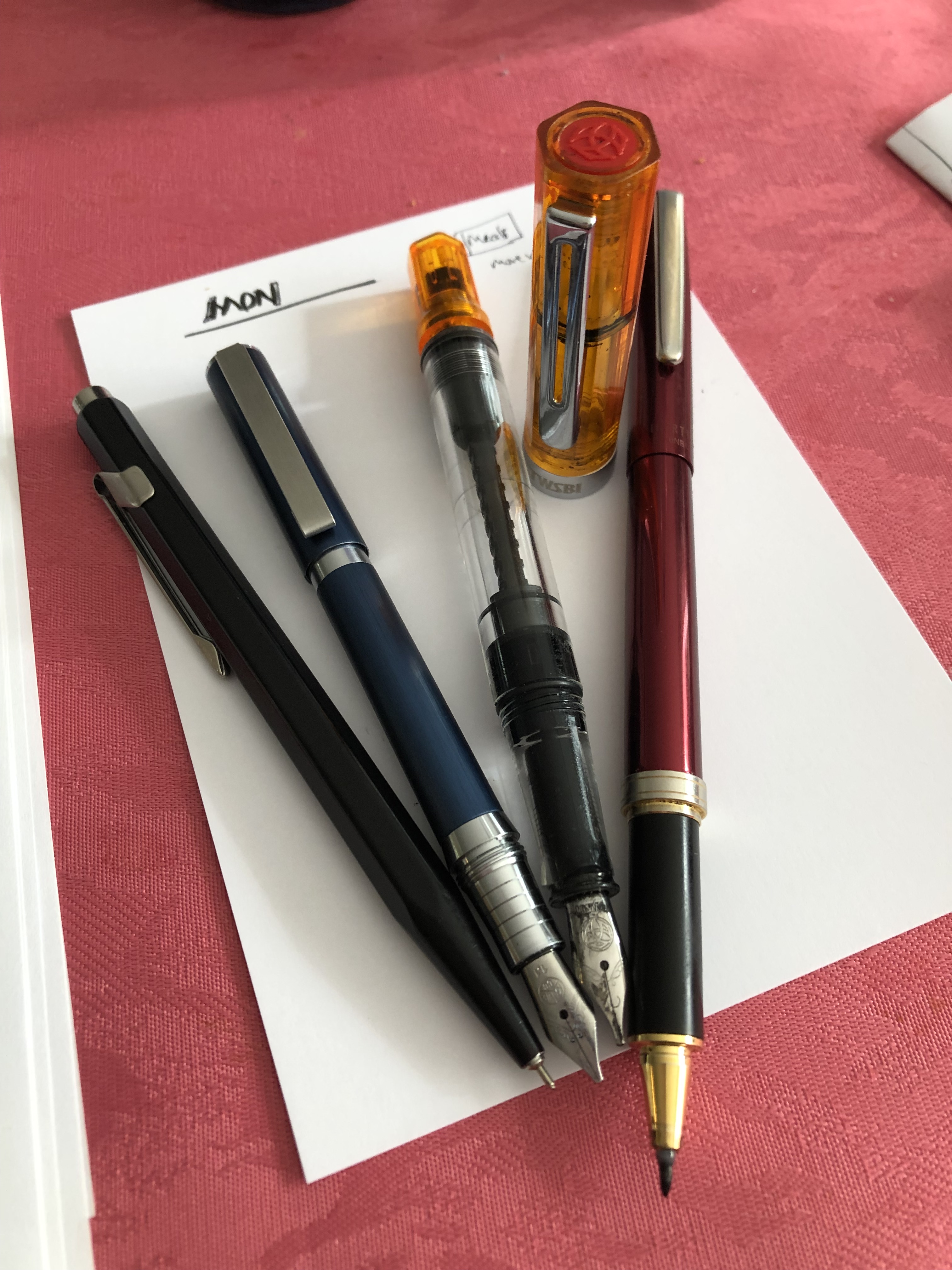 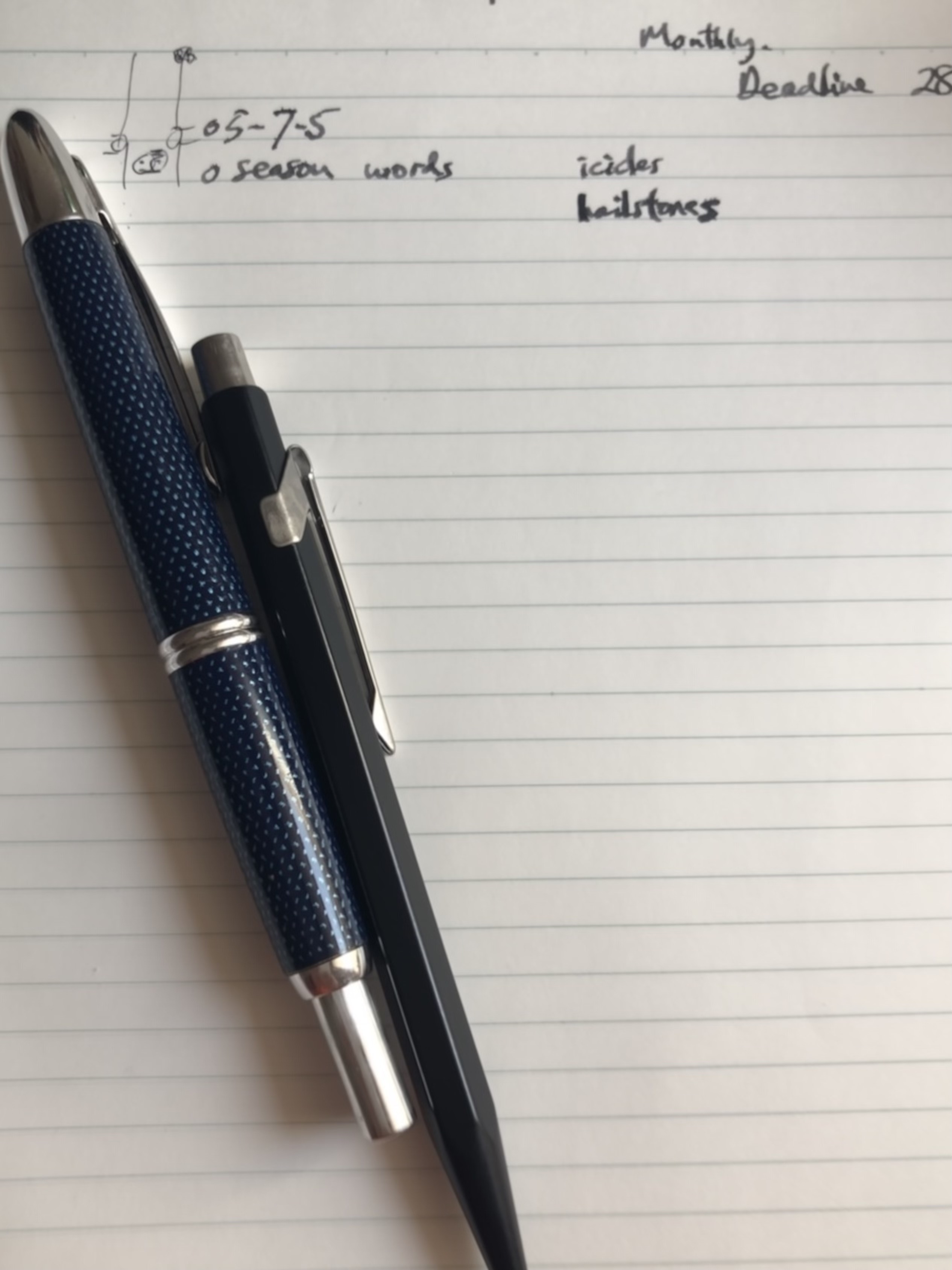 Some of them have stood for five years
in my purple Penguin mug
with a quote from Virginia Woolf
that I long ago stopped drinking from.

The blue Fountain Pentel I bought in Aberaeron,
used by a poet to sign my copy of her book.
It’s nearly run out but I’ll still have the ink
once I’ve thrown away the pen.

Others I’m sure I’ve never used,
maybe never will.
They make my guests think
I write more than I do

standing there like an artist’s paintbrushes,
befriended by a pencil that’s hardly ever sharpened
and a brass letter-opener
with a handle of the Welsh flag.

has been writing poems since he was 17 and has still not learned to give up. His poems have been published in The Brown Envelope Anthology, and magazines (Horizon, Writers & Readers) most recently on XRcreative and forthcoming in the Deronda review. His poem ‘ripped’ was long listed in the Rialto Nature & Place competition 2021. In August 2021 he took part in the Postcard Poetry Festival and the chap book that came from that is available at the postcard festival website. https://ppf.cascadiapoeticslab.org/2021/11/08/dave-garbutt-interview/.

He was born less than a mile from where Keats lived in N London and sometimes describes himself as ‘a failed biologist, like Keats’, in the 70’s he moved to Reading until till moving to Switzerland (in 1994), where he still lives. He has found the time since the pandemic very productive as many workshops and groups opened up to non-locals as they moved to Zoom.

Dave retired from the science and IT world in 2016 and he is active on Twitter, FaceBook, Medium.com, Flickr (he had a solo exhibition of his photographs in March 2017). He leads monthly bird walks around the Birs river in NW Switzerland. His tag is @DavGar51.

lives in York where he works as a hospital secretary. He has a degree in English Literature and a MA in Creative Writing from the University of Wales Lampeter. He has been published in various magazines and anthologies including Dreich and Writer’s Egg, where some of these poems have previously appeared. Last year he won second prize in the Ripon Poetry Festival competition.