As a Growing Into review I will add to this over time as I sink into the book. 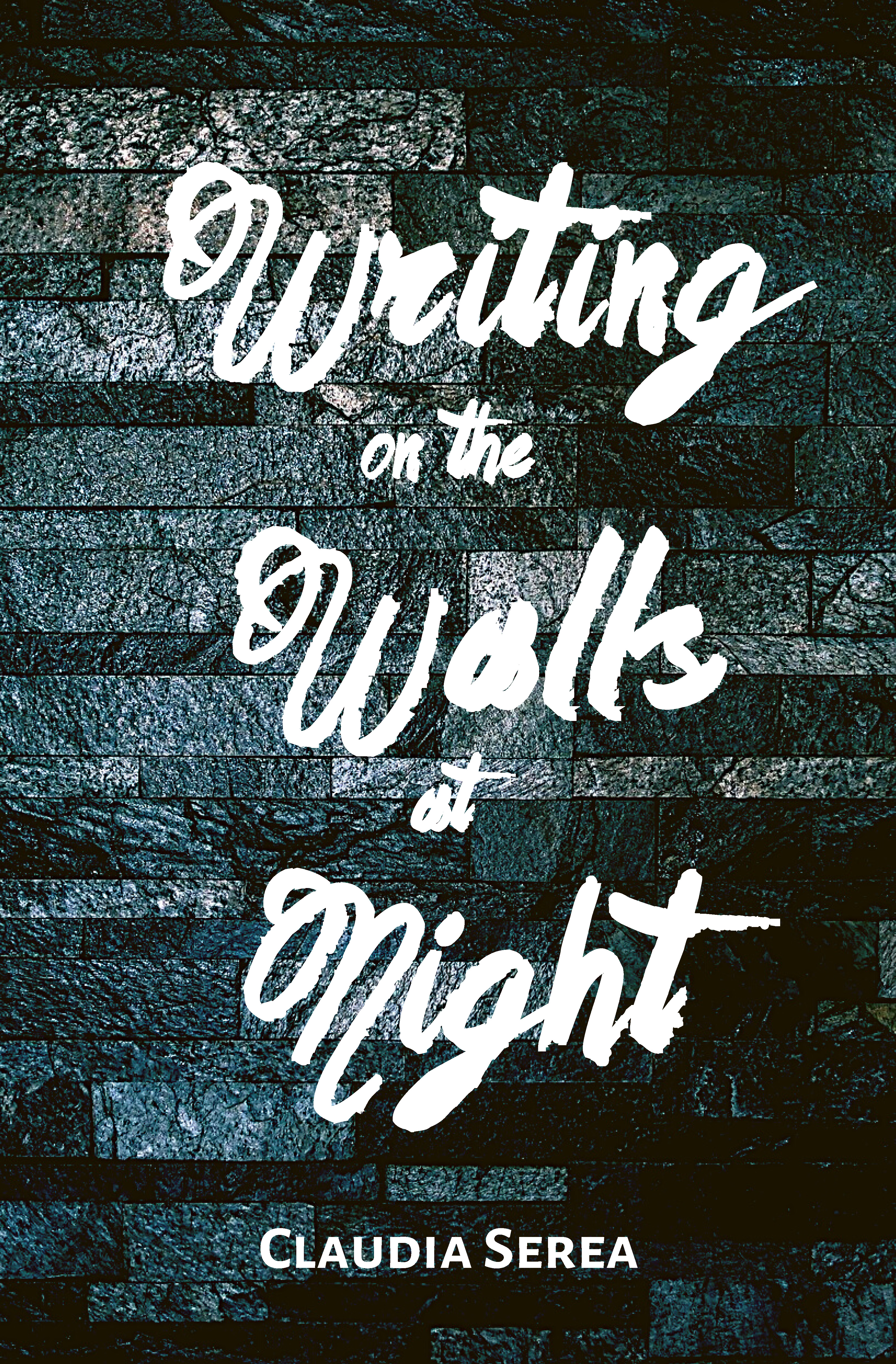 -Claudia Serea (Her profile on Amazon)

is a Romanian-born poet, copywriter, editor, and translator who immigrated to the U.S. in 1995. Her poems and translations have appeared in numerous journals and anthologies from the U.S., Europe, Australia, Canada, and New Zealand, including Field, New Letters, Prairie Schooner, Oxford Poetry, Asymptote, Gravel, The Malahat Review, carte blanche, Going Down Swinging, The Lake, Ambit, Banshee Lit, among others.

Serea’s poem “My Father’s Quiets Friends in Prison, 1958-1962” received the New Letters Readers Award in 2013. She won the Levure Littéraire 2014 Award for Poetry Performance, the 2011 Franklin-Christoph Merit Award, and several honorable mentions and short lists for her poems and books. She was nominated 9 times for the Pushcart Prize and 5 times for the Best of the Net. Her poems have been translated in French, Italian, Arabic, and Farsi, and have been featured in The Writer’s Almanac.

Together with Paul Doru Mugur and Adam J. Sorkin, Serea co-edited and co-translated The Vanishing Point That Whistles, an Anthology of Contemporary Romanian Poetry (Talisman House Publishing, 2011). She also translated from the Romanian Adina Dabija’s Beautybeast  (Northshore Press, Alaska, 2012). In 2013, Serea co-founded and she currently edits

Serea’s poem “In Those years, No One Slept” was set to music for choir by composer Richard Campbell and the piece won the top prize at The Uncommon Music Festival Competition in Sitka, AK, in August 2018. Since then, the piece was performed by choirs in several states, most notably at an event at

the Pullo Center in York, PA, commemorating 100 years since the end of WWI.

Serea’s poem-photo collaboration blog with photographer Maria Haro is ongoing. 33 poem-photo selections from the blog were featured in an art exhibition that opened in New York City in April 2017.

In 2015, Claudia Serea was featured in the documentary “Poetry of Witness” alongside Carolyn Forché, Bruce Weigl, Duncan Wu, and others. The Economist featured an interview with Claudia Serea on its culture blog Prospero. Serea was short-listed for the 2015 Charter Oak Award for Best Historical poem, The Dictionary, and, in 2014, the poems from the sequence “My Father’s Quiet Friends in Prison, 1958-1962” were featured in several short videos presented at international movie festivals.

Claudia Serea belongs to the poetry group The Red Wheelbarrow Poets and is one of the curators of the Williams Poetry Readings at the Williams Center in Rutherford, New Jersey. She works as a copywriter and writes, translates, and edits on her daily commute between New Jersey and New York.

From The Back Cover:

Claudia Serea’s world is as available to the senses as words can make it. Wheat, cement, earth, cities, and poppies pass through these poems steadily and true: you can trust them. This memoir is built on the unsparing consistency of Serea’s gaze. A loving gaze. Stop anywhere in this book, it will be a real place.

—Andrei Codrescu, author of No Time Like Now (Pitt Series, 2016)

Writing on the Walls at Night deserves to be marveled at. Whether describing the personal or the political, the magical or the real, the bitter or the sweet, Claudia Serea evinces a poetic sensibility that is achingly empathetic and thoroughly authentic. There is not a false note in the entire collection. Indeed, these prose poems are among the most sincere, inventive, and moving being written today.

When I say Claudia Serea’s collection is fabulous, I’m using “fabulous” in the Latinate sense of fabula—“known through fable.” These fabulous prose poems conjure the best of fairy and folk tales:

This is the night when girls wash their faces with dew, and watch how the gates of the world open, and the spirits let them see their future.

We used to tie our rowboats to the lamp posts, and they floated all night next to our windows, waiting for us to jump in.

These are the stories that saucer-eyed audiences gather to hear a poet-witch tell—in deep blue-green forests, under rainbows. These are the yarns our ancestresses spun on cold winter nights when the harvest was done. When I read these fabulae, I’m transported to that place where light weaves the goddesses’ dresses of gold. This is a magic book.

—Sharon Mesmer, author of Greetings From My Girlie Leisure Place (Bloof Books), professor of creative writing at NYU and the New School

Claudia Serea faces war with a poet’s heart. The explosions are green and they happen in spring /. . .trees shoot up bullet-shaped buds . . . / The magnolia amasses fat grenades . . . Yet in spite all of the violence of Revolution and genocide, there is beauty and power on every page. Like the statues of Lenin that were turned into something useful: wheelbarrows, / shovels, and spades for digging up the past, Serea transforms history into dark fairy tale, into survival, into pages that all of us should read and treasure.

—Shaindel Beers, author of Secure Your Own Mask, Finalist for the Oregon Book Award

How did you decide on the order of works in your book?

I worked on these prose poems since 2012. I work very slowly and build a body of poems over several years. When I think I have enough, I make a comprehensive list and print everything out. I read through them and see if any common themes emerge. Because these prose poems are written one paragraph at a time, and because I wanted this book to be more substantial, I consolidated several paragraphs on a page if they made sense under one title. Then I thought about the order and sequence to follow the thread of a story: the collection starts with childhood memories, nightmares and dreams, then it introduces some strange characters, then it addresses larger history themes, then the stories, memories, and dreams move to New York City and continue there. Of course, there is not one way to build a collection, but this way made the most sense to me.

How important is form in these prose poems?

There is a strong correlation between the surrealism of the poem and the prose poem form. I see these poems as peculiar mini stories, so the paragraph style fits perfectly. I choose this style for the strangest poems inspired by dreams because the runoff sentences have a fluidity that fits and builds the dream.

How important is the urban environment to these poems?

There are poems about the city of my childhood in Romania and the city where I emigrated as a young adult, New York. They have many things in common; they are populated by similar memories and nightmares, similar odd characters, They play off each other, they mirror each other. The Romanian city is the city of the past, darker and more mythical in a way. New York City is the city of the present, absurd and sometimes even funny. Two sides of the same coin.

What do you think is the role of the surreal in your prose?

Surrealism is the flashlight that explores nightmares, dreams, and the absurdity of certain situations. It allows me to understand history, especially our recent history which unfortunately is on full display today in all its dark glory. It allows me as a poet to offer a child’s perspective, dealing with incomprehensible realities—and trying to make sense of them. I would say, it’s equal parts a coping mechanism and a creative device. I love this tool and use it often in my poems.

“Every blade has a hushed voice and a story to tell“

Folkloric beginning where the blades of grass tell their tales in “hushed voices“.

A salt
tear sparkled and fell into my hand like a pearl. Soon, I had
enough for a new necklace.

Magical and wondrous. Inspirational imagination abounds in these prose poems.