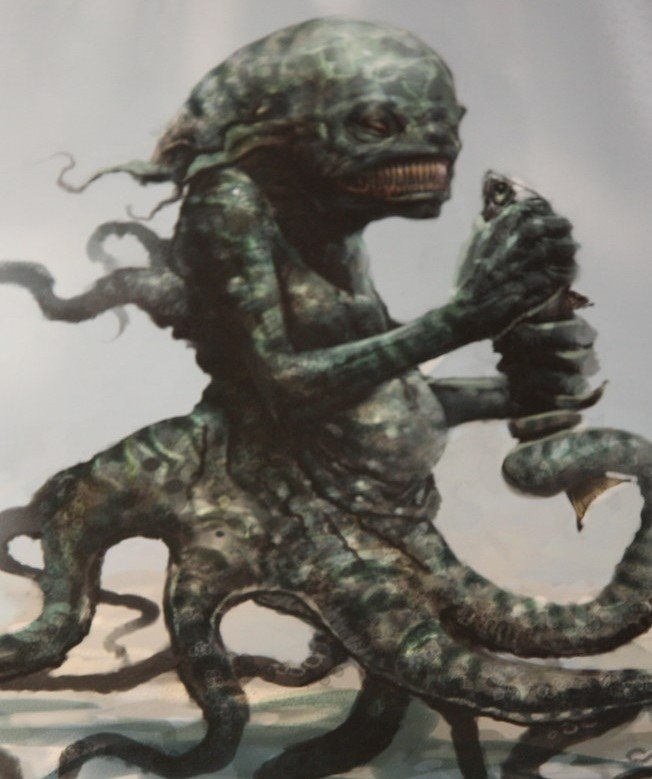 Some say don’t look at her. But I’ve been here for three nights and she’s done me no harm. Nor will she. Wrong, all of them, I tell you.

Tomorrow I go back to sea and I won’t be able to see the maiden for a while. I know she can’t come aboard, that’d be bad luck. Wouldn’t it?

I’m away three weeks. That’s a long while for a body to not see what he’s become used to.

I was on the shoreline the other night. And there she was. Watching. A light coming from I don’t know where but it’s a reflection of whatever it is she stands on. Except I can’t see what it is.

Well, I’ll be honest I’m not exactly looking too closely. But it’s got to be a lamp. Like it’s not nothing she floats upon. Even if it looks like it.

I’m not as afraid as my shipmates, my uncle, father, brothers. If I told them I was seeing a beautiful woman they’d think the devil was in me. Or that a siren was in me. From what they say these sirens are ugly, with octopus tendrils for hair and dead eyes.

That’s not my maid at all. She’s beautiful. Perfect. Don’t tell my wife, she’ll only say my heads been turned again, by a bit of pretty. I’m doing nowt wrong, am I? Watching. She’s putting herself on show, when nobody’s there.

At least, I was the only one who seemed to see her after we fished the other week.

To bed. I sigh, leaving her perfect form and those eyes of amber behind and I hear her calling me to her. I do. As strongly as you would call me from danger.

Skies are dark and foreboding. The rest of them living in their old fears. Scared of shadows. Scared of nothing.

I know as the waves crash that we’ll be fine. I hear it, the singing, and see her eyes as she beckons me towards her. I am so close that I can only go. The last words I hear as I dive towards her are that it’s my fault that we die today.

has been writing stories, poems and verses since she was a child.
It’s not always what is considered poetry by some, as she isn’t a lover of sweet, schmaltzy rhymes!
She is currently writing her first novel. A psychological thriller with a paranormal element, and she hopes to bring out a poetry collection one day!
She lives on the Isle of Skye. While some of her poetry is written from personal experience, others are written from her slightly dark and twisted  imagination.