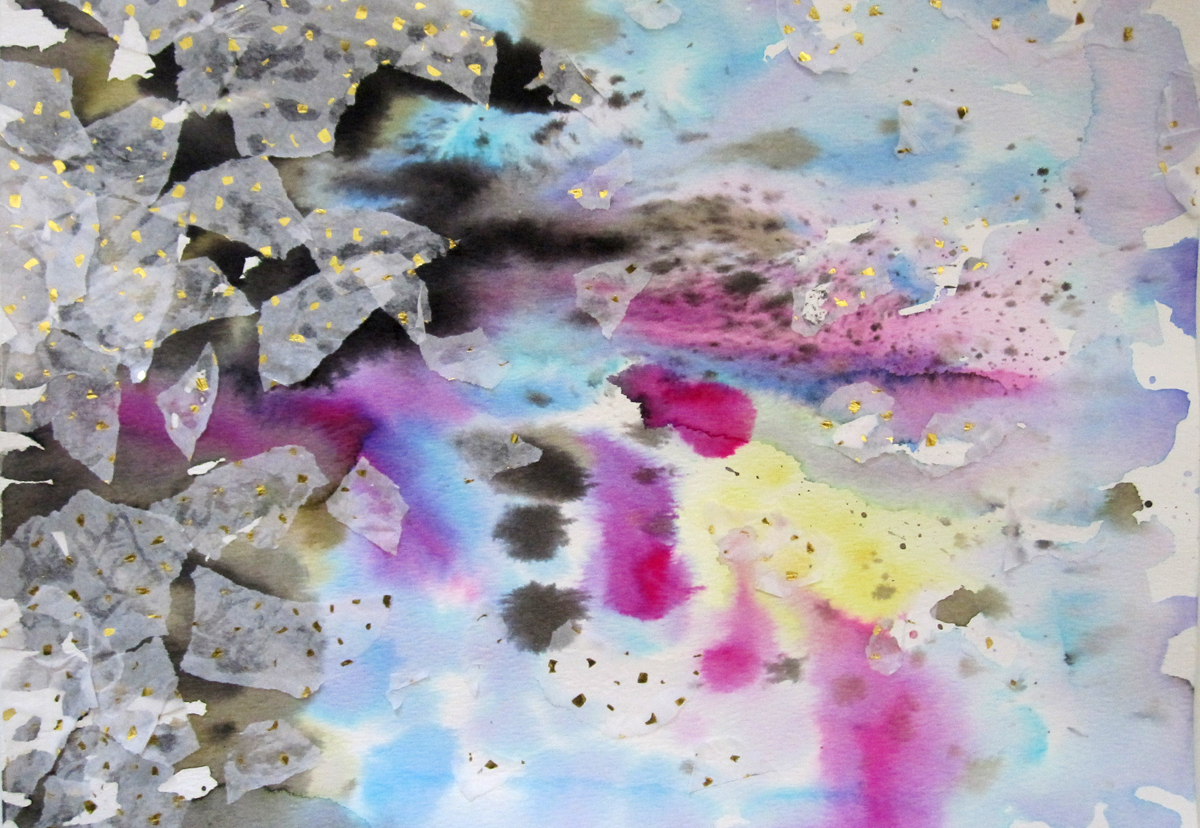 It was park day with your mates
and every handy stick was a weapon. The dog
was slain in various forms and now the carcass
of a dragon, a werewolf, an enemy tank
is snoring on the couch. I definitely do not see you
breathe on those remains with all the love
this long unfairystory forbids you now give
to anything human. What I want to say is once
you were a bright balloon
and someone filled you to the neck
with their own dear breath. Picture it
like a cartoon if you have to
that it was done by saying Ahhh
over and over until you were no longer a scrap of skin
holding no clue as to his size or shape, how gracefully
he might float. Somewhere we lose the knowing
that we left behind our empty if we didn’t burst
on arrival, but no matter how hard you breathe out
you were once stretched soft and edgeless
and were meant to be light.
There are those who insist a boy is born carrying
his own set of pins, that it’s only a matter of time
before he must learn how to use them. I say
did you push that in with the first Ahhh
or the last? I can’t say I see
how you still tied him closed
and gave him to the wind. Tough, bright,
fragile and adrift,
holding it all in.

II
Who still believes in magic dreams?
Poets it seems
Who follows silvery moonbeams?
Who still dreams?
Who let fairies sprinkle a flick
of magic?

III
What’s got you squirming and fussing?
A mind abuzz
What have you found in your searchings?
A heart that sings
What’s hiding within your brain folds?
Stories untold

A spectral flows out from the tap.
I recall the tale of the pixie dust.

No one, I repeat, no one, has
shattered a bottle, bled a little,
hallucinated on spilled contrabands;
the water runs; rainbow comes;

a ghost says, “You know
your mother’s left.”;
for a jiffy, I feel iffy about God,

and then I recall the tale of the pixie dust,
and how the heaven laced it in its pipe dream
to birth us.

Looking behind the image

There are worlds behind what we see,
two magpies in a tree
is sappy scent of new leaves,
the ordered chaos of sticking twigs,
moss and lichen-covered, into basket shape,
clack of bills, iridescence of feathers,
heat, companionship, eggs to cherish
in beating strong-winged determination.

Grass, the night,
damp and dark, and toad waiting for a ride,
pond, silver-black beneath the moon,
colder than primal times,
imperatives the same.

Look,
the stars are shedding flakes bright as snow
where nightingales sing,
catch them in open beaks and tongue them into song,

where mist makes giants of brocards, grazing
among moon flowers
pooled in the long grasses.

Inspired by all three works.

All the glimmers and the shimmers,
pink, blue, white—colors and light,
that dance in air, then reflect back—aware–
this place will entice, enthrall—
and you want it all,

forget your life
now monochrome, pale shades, not quite brown or grey–
ever since that day.

You remember him as he was,
with his dog, the two seldom parted—
his life finished now, though it was scarcely started,

But when you dream–
the world is bright,
and you want to stay, to keep this sight–

this fairy world. Perhaps not real—
but, oh! The appeal of

stars and sparkled ponds,
a streaming vision, scintillating hues–
no then or now, or what has passed–
simply love, unerring, steadfast,
in this altered state, returned to you.

They’ve climbed the hill, the dog and he,
to where the morning mist has thinned.
To where they see the Stand that hovers in
their view, half there, half not.

It refutes the name that mocks its lack of use,
for purpose overrides and shames utility.
Far better its mission to remind them all
of the folly of a beaten cause.

And a Prince not much older than the man
whose dog meanders back and forth.
Who fled across the sea then disappeared
into the silent mists of history.

Observing the breathless, weaving dog
that rubs its face along the dewy grass,
he thinks that one day he will climb the Stand
for no reason he can comprehend.

I read once that when a dog
looks at you,
holds your gaze,
she is hugging you with her eyes.
A gift of unconditional love.

The folly of celebrating victory
for winning must come with defeat,
pyramidal aristocratic eccentricity
memory set in stone and concrete.
Equilateral representation of inequality
historic battles have rarely been fair,
this land is scarred with reminders
wars waged above and below stairs.
For now, we do well to remember
as we climb hands run over rough stone,
the vista from on high is for all to enjoy
the living, gone, hopeful, forlorn.

Let’s put fairy dust under the microscope
Silicon, mica, what crystalline magic is it made of
Zoom in, zoom in, so specks become slabs
Closer, closer to the incandescent heart

Let’s put silver linings into the spectrometer
Those groupings there, they’re the elemental traces
Let’s refine our description even more
Questing for the shimmering inmost core

Let’s analyse hope, analyse the clemency
The world dispenses sometimes –
Unexpected, unasked, needed
The mystery of why everything is not a knife edge

Or sit here on the living room couch
Breathe a moment amidst the crowded day
Let the dog of love sidle up next to you
And look at you with his eyes of wordless answers.

illusion. Tower is falling. Turret
seems to move around its top. A keen sight
of someone else’s dream attracts secrets
attracts altars, hooded figures at night.

My dog tells he is an illusion, too
as I take him for walks around the stand.
He is a star fallen from above the blue.
He is all those close who died unplanned.

He says my wife is an illusion, she
is really a tower falling and if
I don’t run she kills me with masonry,
and death is illusory too, restive.