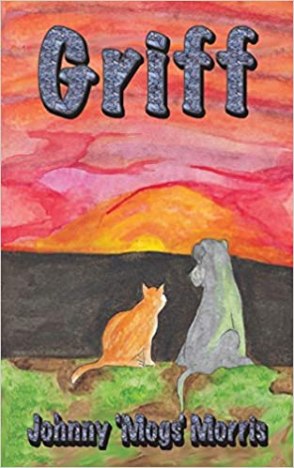 has lived in the UK Black Country all his life. Originally from Halesowen, he now lives in Stourbridge with his lovely wife Sue. His two sons, Jonathan and Adam, have left home and live locally. Mogs was educated at Halesowen C of E and then at Halesowen Grammar School. Armed with 3 ‘O’ Levels, he began work at the MEB in 1973 as a Computer Operator. In 2003 Mogs was given early retirement on account of his failing eyesight. He now spends his days writing and being dragged round shops and National Trust places. “Mogs is one of the most talented humorists and engaging performance poets in the Midlands whose understated delivery lets his poetry speak for itself. I’ve seen him many, many times and he has always connected with his audience in ways that most other poets can only dream about.” (Fergus McGonigal, Worcestershire Poet Laureate 2014-2015)

My first ’freely written’  poem (i.e. Not as part of schoolwork) was when I was about 18 back in the mid 1970’s. Not surprisingly, given the stage of my hormonal development, it was about a girl. I don’t really know why I wrote my second one but no doubt it was the usual teenage angst nonsense. I suppose it then became something I did every now and then for no particular reason. It was only in 2003, when I got early retirement because of failing eyesight, that I started writing more regularly.

It was forced upon me at school – and I hated it.

Not much at all as I have never read much poetry. I suppose it is possible that some of my more recent, light-hearted stuff, may have been influenced at a subconscious level by the likes of Pam Ayres, as she was on the tele a fair bit when I was younger.

I don’t really have a routine as such. Most mornings I turn the PC on and just try to write something, usually poetry. If I’m lacking any new ideas I’ll try finishing one of the dozens I always have on the go. If I hit a roadblock there then I’ll try tweaking an old piece. I’ve got something like 2,000 poems which I grade from 1 to 4, depending on how good I think they are, so there is a lot of tweaking to do as there are loads in the lower categories.!

I don’t really know. I suppose it’s partly to do with the joy of playing with words, a desire to leave some kind of legacy and to have something to perform in front of an audience. Also, to be brutal, it’s given me something to do since I retired.

I don’t really have one. As I say, I try and write something every day, but often find myself flitting around between a number of half finished poems or tweaking old ones. If I’m working on a piece of prose or a play I’m normally slightly more concentrated.

7. How do the writers you read when you were young influence your work today?

I’m not aware of any influence by anything I read when I was young. I suppose that some of my prose could be considered a bit old fashioned, but certainly not in the Enid Blyton mould.

8. Whom of today’s writers do you admire the most and why?

Because of my eyesight problems I haven’t read a book for quite a few years. I’ve listened to some talking books but these have tended to be old classics like Jeeves and Worcester or Just William or factual things about the war.

Most poetry I am exposed to is at open mic events or writing groups I go to, so most of the poets I know are friends or acquaintances. Things I admire in these peoples poetry are the ability to make an audience laugh or cry and to be able to use words in a complex way and not leaving me thinking ‘what the hell was that about?’

I do ask myself that sometimes, especially why poetry considering that I’m not that keen on it. The clinical answer is I’m not very good at many other things and with my failing eyesight it is something I can do unsupervised. The more artistic answer is I suppose, I have a fairly active imagination and think it would be a shame not to inflict my thoughts on other people.

As far as I am aware there is no particular criteria to be met to be a writer. You don’t need a degree or a completed book of poetry or novel in your hand . All you require is something to say and a desire to say it.

The publication of my second book of poetry aimed at children has been delayed because of Lockdown. I have all of the poems ready, I am just waiting for the illustrations to be done by some of the students at the local art college.

I am part way through a follow up to my children’s novel, but to be honest, I haven’t touched it for over a year.

I’ve been toying with the idea of trying to get a book of serious poetry published and also one of Black Country poems.

So I’ve started sorting out possible pieces for inclusion.

I am revisiting a couple of short plays I wrote a while ago to send them off to competitions. Also, a local am-dram group had shown an interest in putting one on before Lockdown.