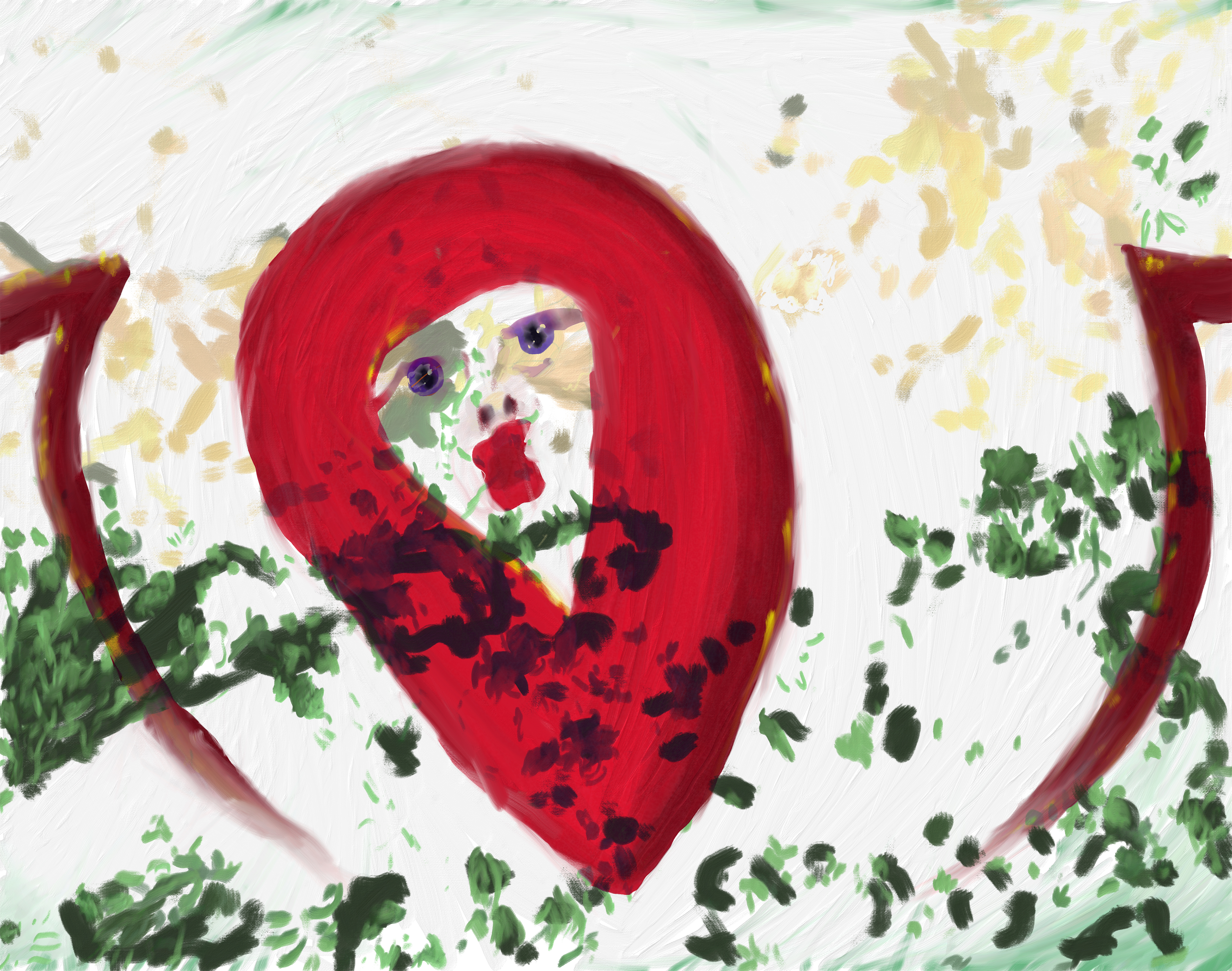 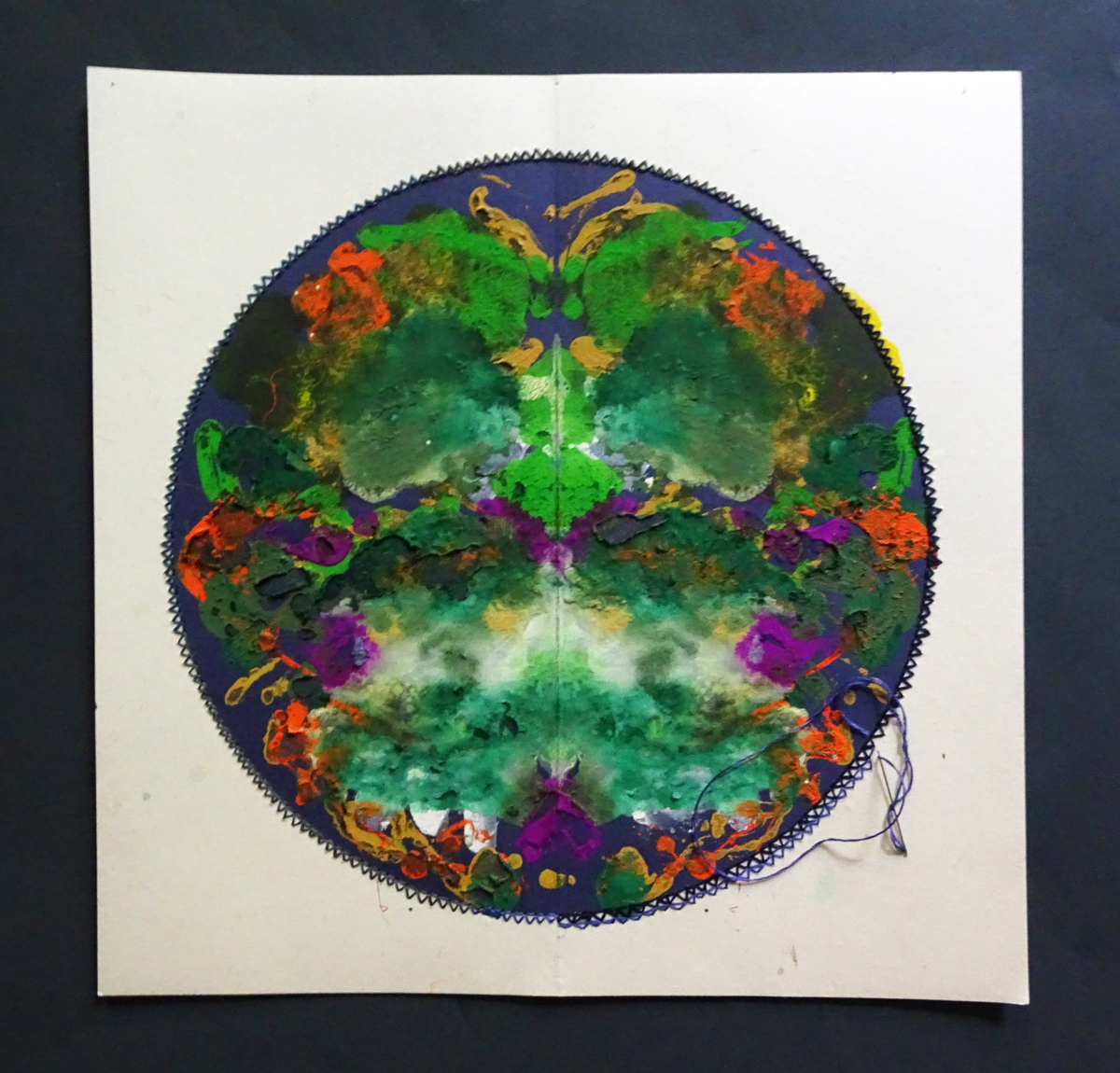 A summer in spring, confused flora and fauna,
a summer suspended early, flowers
buds deep in earth, interred as autumn reds,
gold scarred dead leaves of burnished browns
a harvest of fruit and berries unoffered
glaciered infernos, carbon foot on planet
Earth fossilised, as man strives to reach outer space
horizons blink in wild rage as sun, moon, stars
dip into the sea, neither morning nor night
a midnight within a midnight.

Mirror-worlds
where fairies dwell in
always-green,
but in-between,
in that center line, humans
live with paler hues

unable
to see vibrant shades
or beyond
space and time,
defined in narrow bands—birth
death, and then the end.

But there he
fell, and she caught him—
beautiful
Fairy Queen.
“Stay,” says she, but no, he wants
home and family.

So, he runs,
bumbles, stumbles, from
the wondrous
fairy place
of green and dancing flowers,
because he senses–knows

beneath the
glow, snapping teeth snarl
and bite, and
huge monsters,
alligator crawl, slither
from swamps, over walls–

it is not
the place for humans.
Our hearts must
wake in that
center line axis of earth,
sun, moon; we need smiles

and tears to
fall, but light always
behind the
shadows tall
and looming. We’re mortal, but
love everlasting.

The ears and nose have a lot to do
to hold the glasses for vision true.
Focus here, focus there,
ignore the rim when you stare.
Clean, clear glasses to show the eyes
detail. Aura and vivid colours materialize.

Is this just a fashion ? Am I going through a phase ?
Or will I have to wear them for the rest of my days ?
I`ll book the optician, see what he says.

30,Ja,2021 for the thirty-first of.
-Alan Gary Smith, inspired by Paul Brookes and the painter Michael Dickel.

Slide the saber along the body seam
to the lip to break the top of the neck away
leaving the neck open, ready to pour.

of champagne. We followed her short skirt,
high heels, Hermès scarf draped just so
up from the labyrinth cellar to the room

where our tongues would feel the tiny bubble
bursts. At home we might have dropped in raisins,
to watch them bounce in celebration.

is an artist working in glass, metal, fibre and paint. Sometimes her work is based on photographs, but more often, she creates in the moment. She loves to play with texture and colour.

is a Dutch visual artist. He is also one of the two men behind the publishing house Petrichor. Freedom is very important in the visual work of Marcel Herms. In his paintings he can express who he really is in complete freedom. Without the social barriers of everyday life.
There is a strong relationship with music. Like music, Herms’ art is about autonomy, freedom, passion, color and rhythm. You can hear the rhythm of the colors, the rhythm of the brushstrokes, the raging cry of the pencil, the subtle melody of a collage. The figures in his paintings rotate around you in shock, they are heavily abstracted, making it unclear what they are doing. Sometimes they look like people, monsters, children or animals, or something in between. Sometimes they disappear to be replaced immediately or to take on a different guise. The paintings invite the viewer to join this journey. Free-spirited.

He collaborates with many different authors, poets, visual artists and audio artists from around the world and his work is published by many different publishers.

is a writer, teacher, and musician currently residing near Paris. His poetry has appeared in Lunar Poetry, PostBLANK, Paris Lit Up, The Belleville Park Pages, and Twin Pies Literary among others. His first chapbook, “The Manual” (Sweat Drenched Press, 2020), explores the space between poetry, prose, and gamebooks. He has a sweet tooth for all things experimental, modernist, and strange. Follow him on Twitter and his Bandcamp for electronic explorations.

Born in County Down, Joy has studied, mothered and worked in Scotland since 1980. Brief excursions to follow her heart, back to NI mid-1990’s and England for first round Covid-lockdown ’19, Joy is currently back living in Glasgow. Joy’s first poem was accepted as part of the C. S. Lewis themed Poetry Jukebox curation A Deeper Country in Belfast in 2019. This poem, Ricochet was published in The Poets’ Republic Issue 8 Autumn 2020. A love of reading poetry is now accompanied by sporadic writing of poetic lines which spill out as an apparent by-product of processing dark and sorrowful days.

lives in Atlanta, Georgia with her two large, frightening lapdogs. A PhD in French language and literature, she has retired from teaching French to university students, as well as from fierce competition in martial arts and distance running. She has produced the chapbooks Backwards Through the Rekroy Wen, Scapes, and Postcard Poetry 2020. When she isn’t hard at work writing poems in English, she might be found reading them in French to her long-suffering grandchildren, who don’t yet speak French.

A Lincolnshire Ludensian living in Grimsby who built up his poetic stance after visiting Doncaster and Mexborough during his real ale and comedic music searches. Surprised to find a recent DNA check leaned heavily towards being a strong mix of Scottish, East Yorkshire and Lincolnshire. A sixty year old baldy who loves Julie, astronomy and chocolate; after giving up on football and telly.

is an English poet based in Barcelona. Her work has featured in Popshot, Black Bough Poetry, AIOTB, Ink, Sweat and Tears, and The Blue Nib, among other publications. She received her first Pushcart Prize Nomination and performed at the Cheltenham Poetry Festival. She tweets at @hilaryotto

is an old poet living in Mumbles on The Gower. He does most of his writing from his beach hut at Rotherslade – still waiting for the blue plaque

Anjum Wasim Dar was born in Srinagar (Indian Occupied )Kashmir, She is a migrant Pakistani.Educated at
St Anne’s Presentation Convent Rawalpindi she has a Masters degree  in English Literature and  History (
Ancient Indo-Pak  Elective) CPE Cert.of Proficiency in English from Cambridge
UK. , a Diploma in TEFL from AIOU Open Uni. Islamabad Pakistan. She has been writing poems,

articles and stories since 1980.A published  poet Anjum was awarded  Poet of Merit Bronze Medal in  2000 by ISP International Society of Poets and poetry.com USA .

She has worked as Creative Writer at Channel 7 Adv. Company Islamabad, and as a Teacher Educator for  Fauji Foundation Education Network Inservice Teachers