I am honoured and privileged that the following writers local, national and international have agreed to be interviewed by me. I gave the writers three options: an emailed list of questions or a more fluid interview via messenger, or an interview about their latest book, or a combination of these. 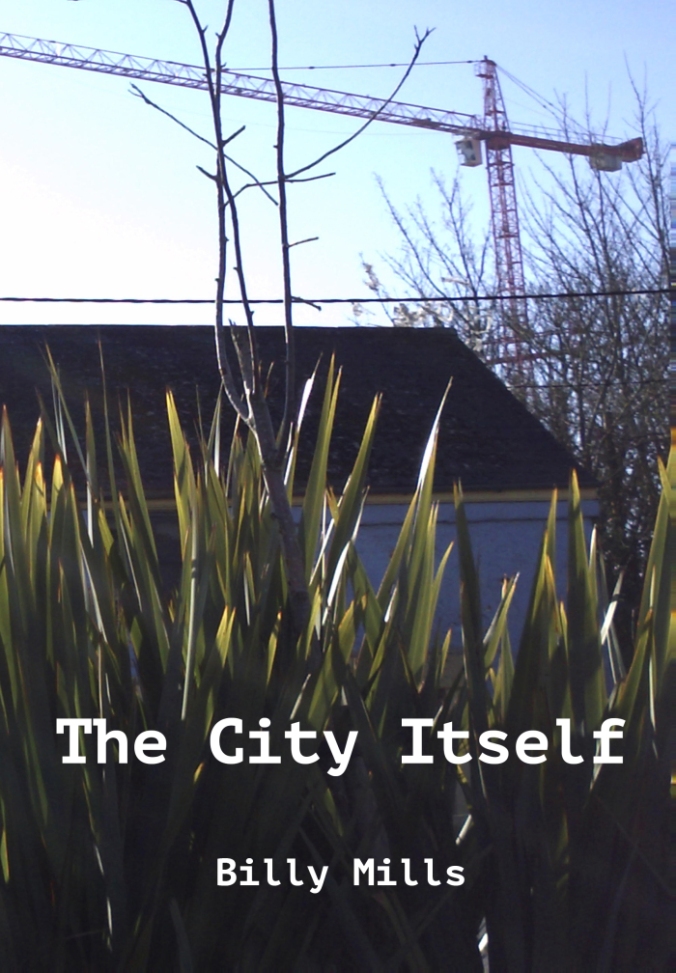 He was born Dublin in 1954. After some years spent in Spain and the UK, he currently lives in Limerick. He is co-editor (with Catherine Walsh) of hardpressed Poetry. His Lares/Manes: Collected Poems was published by Shearsman in 2009, and Imaginary Gardens and Loop Walks by hardPressed poetry in 2012 and 2013 respectively. Most recently, The City Itself was published by Hesterglock Press in 2017.

‘Inspired’ is a very heavily freighted word to use when speaking about poetry, isn’t it? I was led to writing poetry by reading it. I was fascinated by the way the sound of language was as important as the sense I poems. From very early on I was less interested in ‘self-expression’ than in poetry as a means to explore what the world is. I don’t think I was ‘inspired’, I think I was (and am) just doing something quite natural

I was a voracious reader from a very young age, reading everything from classic novels in children’s edition, very popular when I was young, to the backs of cereal packets when I was supposed to be eating breakfast. My father had a copy of Palgrave and a pocket edition of Fitzgerald’s Rubaiyat, both of which I read repeatedly, developing a fondness for 16th and 17th century lyrics and a distaste for the Romantics that have kind of stuck.
Then I discovered Bob Dylan and, via a school anthology called The Poet’s Tale, Eliot and Pound. These three, and the other songwriters and poets they led me too, were formative influences, I suppose. There was no one ‘formative’ influence; what I found, I found by myself, largely.

Most the poets I was reading were older, dead or alive, for a very long time. Really until my mid 20s, I suppose. I was absorbing everything I could read, especially early to mid 20th century Modernism, still am, really. But again, ‘dominating’ is a strong word. Enabling might be more apt. Take Lorine Niedecker, for instance. Reading her work opened up a whole new world, but dominating is not a word to use for her. She points towards a way to write ‘nature poetry’ without the old Romantic freight of the ego. There’s a couplet of hers that more or less sums up my idea of poetry, ‘the very veery/on the fence’; that is to say, the bird itself, not the birs standing for something else, the world, then thing in and of itself is, in my view, the proper aim of poetry. Lorine exemplifies this in her work.
Later on, Cid Corman was personally very kind and supportive. As was Brian Coffey, a great, still neglected Irish voice.

I don’t have one. Most of my writing is done in my head, and then I have a notebook on the go where I write when I’m ready. I read poets talking about a daily routine with a kind of awed amazement. Poetry is just part of life, for me, and it fits in where it can.

The possibly foolish belief that I can write something better than I’ve managed so far. It’s a kind of itch, writing, and you just have to scratch it.

Non-existent. Writing poetry is work in a very specific sense. You’re not paid for it and nobody’s standing over you waiting for you to finish. You do it because you want to, or not at all. Or at least, that’s my approach. So, a work ethic would be highly misplaced.

Largely by being the reason I write, and that I write the way I do.

There are a lot. Bill Griffiths was a genuinely great poet, as was Tom Raworth. Susan Howe is, too. And then there are the ‘experimental’ Irish poets, Maurice Scully, Catherine Walsh others, whose work I read with admiration always. These are poets who have taken that Modernist tradition off in interesting, individual directions. Indeed, a lot of British and American poets of that generation, Let’s say LANGUAGE and the British Poetry Revival, are writers I admire a lot.
Since I started reviewing on my blog I’ve encountered a lot of work I wouldn’t have seen otherwise, much of it very good indeed. It would be invidious to name names for fear of omitting anyone.

Because I must, not being smart. I don’t have any instrumental reason, I’m not trying to change the world or communicate any great message, but the process of writing is something I feel compelled to do. It’s a process of raising questions, not answers. Or, as I wrote elsewhere, ‘If the role of philosophy is to inspire action, the role of poetry is to be in the world.’

Read, a lot, critically. Buy a notebook and pen, write.

I have a book more or less finished called a book of sounds, consisting of three inter-related pieces, ‘Four’, which was set to music by David Bremner a while back, ‘Uncertain Songs’ and ‘Away’. Parts of the first two are available online and the third is completely unpublished. I’m now working on what may become a longish thing, bit it’s just some stuff in a notebook so far.