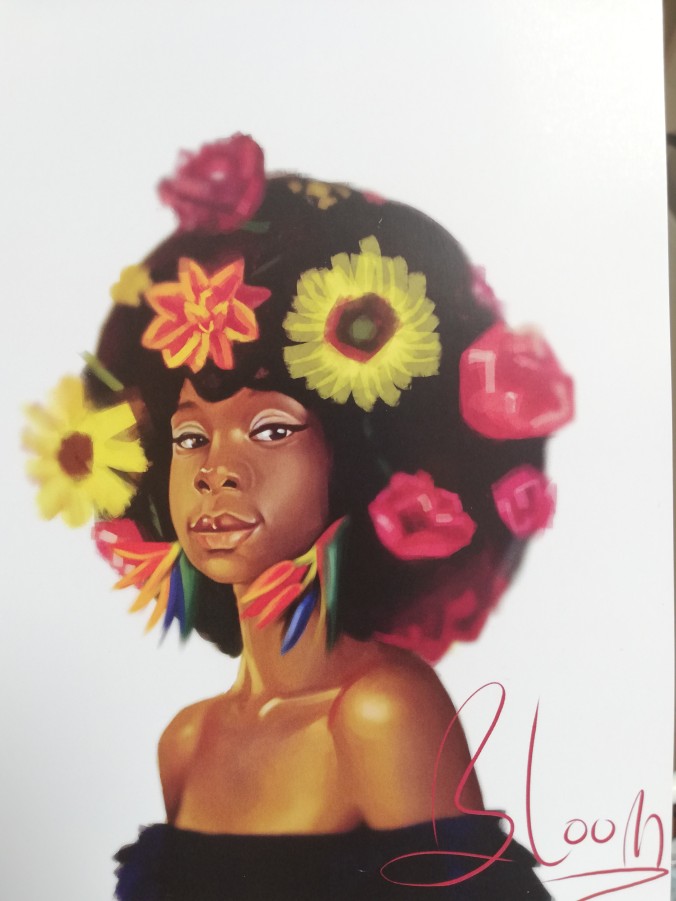 British born Barbadian raised artist, Birdspeed, is an artist known for her ability to captivate audiences by effortlessly weaving poetry, storytelling, satirical humour and movement. Her writing is equally as breathtaking and often a combination of social commentary and auto- biographical tales including themes on: Caribbean culture and folklore, afrofuturism, black feminism, mental health (especially in black working class communities).

Birdspeed is the Edinburgh Fringe Slam Champion 2019, the 2019 Hammer and Tongue UK National Slam Champion and a 2019 BBC Words First Finalist. Her artistry is also making waves internationally across US cities following performances in: New York, New Jersey, Philadelphia and Los Angeles. Birdspeed has also headlined at significant US venues such as: the Bowery Poetry Club (NYC) and The African American Centre (Philadelphia) and is currently the Manhattan Arts Festival Poet Laureate. Birdspeed performed her first play, The Firebird at the Salisbury Theatre Playhouse and has facilitated workshops in a variety of organisations including a men’s prison.

Birdspeed is published in the following anthologies: Alter Egos Anthology (Bad Betty Press, 2019), Use Words First (Own It, 2019) and Words on Windrush (Empoword, 2019).  Birdspeed has also self published her first pamphlet Bloom (2019) which is endorsed by Junior Marvin from The Original Wailers.

As a dancer I was always been expressing myself but it had been a long time since I created an art piece where the intention of the piece was easy to understand. I actually started writing from a young age when I was 4/ 5 years old. I was writing stories and my own fairytales/ folklore. My mother told me that it was once illegal for black people to read and write, I remember feeling so sad and thinking well now I definitely have to do that. I have always been one to make a point even as a toddler. So that was what first inspired me to write. 20+ years later I had finished a solo dance session to expel some frustrated energy but I felt dissatisfaction. The dance was not enough, so I picked up a pen and started writing furiously. I wanted to be clear about the troubles I was experiencing as a black British woman in a way that would make people listen.

My mother and grandfather. They introduced me to the work of Kamau Braithwaite and George Lamming (of course being Barbadian). Although I was not familiar with form and I needed things repeated to me and explained constantly, I felt pride and connection. They made me happy and that was important. One of my English teachers introduced me to Thomas Hardy who is actually one of my favourite writers, even though studying male (and white male poets – mostly dead) at the time was kind of annoying I still appreciated being exposed to those who are considered to be the greats of English literature.

My grandmother once said “A great should never make you feel intimidated, they should inspire you. You should want to approach them out of love, not run in fear.” I think she was also talking about God at this point but it is relevant nonetheless. I was aware of people I consider to be “greats” but they were never “dominating” to me. They always made me feel like I could do what they do in my own way. We are all human, we all had to learn how to read and write which means we were all terrible poets at one point in time. So knowing this I become excited about older poets because it gives me hope I can be like that too.

My daily writing routine changes every 3 months or so according to my schedule. My editing routine is far more regimented. I read the poem, say it aloud, then read it again and edit, let the poem “simmer,” repeat, then print out the poem, delete the poem (if typed out), re type the poem word for word, then I read and smile. Everyone is different and this works for me. I’m the sort of writer who falls in love with my work over and over again and it’s a wonderful feeling.

Serious. I am known as “one of the hardest working poets” among my contemporaries and that is not just a statement. I am currently learning to balance my lifestyle better because I have a tendency to overwork to the point of near breakdown. It comes from my West Indian upbringing. There is a saying “working like a Jamaican” and as a half Jamaican I guess I have most definitely embodied that mentality. A strong work ethic is commendable but only to the point when it doesn’t detriment your well-being.

Whether it was Jean “Binta” Breeze to Toni Morrison to Benjamin Zephaniah to cultural theorist Stuart Hall (writers that first spring to mind as I have been re reading them recently) they were able to take a small moment or cultural artifact and magnify it into a gigantic structure. These writers were/are able to make you pay attention to issues that others may have looked past had the work not have been written. I see poetry as a science sometimes, I was amazed that Toni Morrison could write about a dolly or a button and this object was suddenly the most important thing in the world. This is also why I earlier mentioned Thomas Hardy, he would do that with a blade of grass!

Every month I have a new favourite writer. Right now here are the ten poets who spring to mind immediately and the qualities which drew me to them bearing in mind their writing brings a plethora of other things…I hope I can be as good.

I love: the spiritualism and humbling work of Yrsa Daley – Ward; the generosity and charismatic work from Zena Edwards, the eloquence and rhythm of Kayo Chingonyi; the power and honesty of Joelle Taylor, the intellectualism and thought – provoking work of Yasmina Nuny; the refreshing and impactful work of Vanessa Kisuule; the beauty and progressive work of Amy Acre; the boldness and bravery of Amerah Saleh; the wittiness and sophistication of Gboyega Odubanjo; the enchantments and superb storytelling from Inua Ellams.

I have no idea.  I made it up as I went along.  I started by writing, reading, exploring my craft.  I sought out others like me, I went to workshops, I asked lots of questions.  And, most importantly I listened and stayed humble. Sometimes we should spend time listening and reading. As I explained earlier after I first entered poetry I left because I wanted to learn and understand it.  I just listened. I heard what I liked what I didn’t and asked questions.  Most importantly I am still learning.  I am always a student and I think the day I stop feeling as though I can learn something is the day I have finished.

At this very moment in time I am breathing. I have a few gigs lined up for October but I do think I have earned a minute to rest. I have just finished doing a commission for the Bascule Chamber Concerts where I wrote poems on the black Tudors referencing the River Thames which was an amazing unforgettable project curated by Iain Chambers. It took a few months because it involved research and experimenting with popular Tudor poetry form, I also had a period costume made and performed 15 concerts in 5 days. Alongside that I also released Bloom: Flowers and Festivals, a pamphlet I had been working on for a while. Fun fact: although the initial idea was to write about cultural appropriation I ended up writing about my fatherland and my relationship with different types of masculinity and how this had an impact on my sense of community. I was astonished at how that happened. Poetry does that. Also, if that wasn’t enough I spent a large chunk of the summer winning a few competitions and doing a BBC commission… Time to celebrate and reflect.