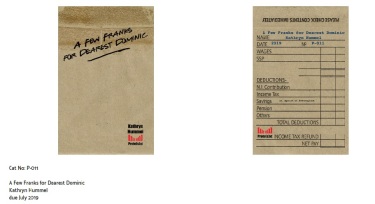 Her website/social media links are:

Idleness gave birth to my ‘serious’ poetry writing. In 2007, I was staying in Bangladesh as part of the Australian equivalent of the Peace Corps, appointed to an NGO that didn’t have much interest in or use for my particular skills. This afforded me the opportunity to get to know people on an un-official level; turned me into a flâneuse of Dhaka; allowed me to see and think deeper about the continuing impact of colonisation in the region, and gave me time to write. Back then, I was a regular columnist for PopMatters and if I wrote for myself, it was prose. While exploring my neighbourhood I came across a bookshop and bought a copy of Kaiser Haq’s (https://en.wikipedia.org/wiki/Kaiser_Haq) collected poems. I was captivated by his dry sense of humour and observations of the city that reflected what I sometimes saw, even as an outsider and newcomer. I was able to contact Kaiser, who kindly agreed to be interviewed for my column; soon after, I began to take tentative steps towards writing poetry for fun. I’d only ever written poems occasionally at school or university, where I studied literature and gender studies; never writing theory or composition. Having a group of encouraging readers was vital: I’d send my drafts out to a small email list of friends, who’d read them and write back. Kaiser was also very supportive of these early efforts. Many of the poems I wrote at that time ended up, years later, in my first collection Poems from Here (https://walleahpress.com.au/bookshop-Hummel.html)

My parents, I reckon. I grew up in a working-class household that emphasised reading, or being read to, and regular visits to the library. Poetry must have been in the mix. Then there was the 80s TV adaptation of Anne of Green Gables that features quotes from Lord Tennyson and a recitation of ‘The Highwayman’—my sister and I drank it in. One poem stands out from my primary school years: Oodgeroo Noonuccal’s ‘We Are Going’. Although the politics went a bit over my head at the time, the poem gave me so many feels that I kept the version I’d copied down in my exercise book; I think I still have it. After that, a few standalone poems pop up: ‘Eve’ by Kate Llewellyn; a poem whose name and author I don’t remember but it was about the narrator’s aunt, an artist who stopped up her talent to care for her sick mother; ‘Wolfe Faerie’, posted on an early interweb Wicca site, and ‘Marriage’ by Gregory Corso. I mostly came across poems outside the institution, through my own reading adventures. At university, I avoided poetry after a first year course on the Romantics—an elective, but one I was conditioned by high school to choose, not yet having discovered how to think for myself. But a kernel of interest in poetry was present that developed much later.

Older poets were only represented through books and I didn’t read much of their work or ideas, so if I was aware of them at all, they weren’t particularly dominating. I remember going to a reading put on by a local poetry organisation after a rare poem I’d written in high school was commended in a competition. My sister drove me to the venue and ended up reading the poem for me. I wasn’t in awe because the members were all older than me and wrote poetry, but because I was shy and under-confident around everyone. Looking back, the vibe of the group was off-putting. Pretension, self-importance, parochialism, elitism, competitiveness and a lack of diversity I find distasteful in any literary or artistic community, regardless of the age of its members—not because these things are intimidating, but because they’re all to be avoided for a pleasurable life.

I can’t say I have a routine, only I’ve noticed that I work best in the morning, second-best in the evening and should definitely take rest in the afternoon, when my concentration wanes. Like most people involved in creative practice, my writing benefits from a varied combination of stimulus and downtime, which generally goes by feel or opportunity, not by plan. Often I start a piece with written notes before I start typing: transferring the same piece to different media helps me gain perspective. Any writer’s process is necessarily individual and sooner or later everyone figures out what works for them.

The intellectual and artistic challenge; memorialising or communicating issues and experiences; a passion for literature and reading; an interest in the range and flexibility of language; a desire to be stimulated and moved by profound emotion, and the possibility of coming across a few good eggs.

Writing is almost a compulsion; the basic drive to put words together in your head should be inherent. The more complicated practice of getting words out and into the world requires a more disciplined and determined approach to writing as work. The inherent motivation isn’t always exhilarating or therapeutic but neither does it stop, even if ‘outputs’ like publishing do. I go through periods where I can barely stand to look at a book or screen or even write a text message, but my thinking about writing never really drops off, despite whatever else is going on in my life, and this is the basis for what I manage to do—the slow-burning work ethic that drives the public result at an irregular tempo.

The writers I can remember from my reading history are the ones who’ve probably influenced my work—not many of them are poets. Louisa May Alcott made me pay attention to semi-colons (seriously), vibrant characterisation and a warm, spirited style. Reading C. S. Lewis’ Chronicles of Narnia taught me about allegory and symbolism. Lyricists like Noel Coward, Cole Porter and Irving Berlin demonstrated sly wit, irony and rhythm. In high school, reading Margaret Atwood, the Beat poets and Oscar Wilde stands out; in my early university days, deeply into writing from the 1920s and 30s, I was sated by Evelyn Waugh and Rosamond Lehmann. Novels by Jean Rhys, Olive Schreiner, Mary McCarthy, Angela Carter and Christina Stead I remember vividly from the same time.

All good writers are good in different ways but they’re all measured by the same standard—goodness. Because of this I look to appreciate them for qualities beyond the requisite writing ability. I admire Margaret Atwood for her longevity and willingness to recalibrate her practice. I admire the late Nissim Ezekial for never selling out; I admire living poets like Laurie Anderson, Uyen Hua and Saeed Jones for their blazingly unique approaches. I admire Sally Jenkinson, Jeanine Leanne, Tishani Doshi, Kent McCarter and Mark Gwynne Jones for being lovely, generous human beings as well as committed poets. I admire Ghassan Hage for nailing it every time he writes anything to do with the world in which we live. I admire writers like Elena Ferrante and Han Kang who use their own languages to great effect within an Anglocentric literary scene; I admire dedicated translators for the difficulty and necessity of the work they do, as well as their general breadth of mind. I’m yet to meet a fascist literary translator.

Well, I write at the same time as I do other things—performance, visual art and fiddling around with sound. But writing is my most enduring form of creative expression and the one I return to because it’s what I feel most comfortable with; what I’ve practiced the longest, and what I’ve learned, through the osmotic practice of reading, the most about.

My short answer would be: ‘Why would you if you had a choice?’ But as to the how, I’d say: read, listen and observe; try to ignore the people who seek to put you off your game, and keep your writing in healthy perspective (i.e. don’t be a twat about it).

This year is full of exciting projects for me, writing-wise. I’ve three books of poems coming out: Lamentville, a full length collection with Singapore’s Math Paper Press (https://www.booksactuallyshop.com/collections/math-paper-press) (April/May 2019), as well as the chaps A Few Franks for Dearest Dominic (http://www.hesterglock.net/p-011-kathryn-hummel.html)  (July 2019) and splashback (http://www.hesterglock.net/p-012-kathryn-hummel.html) (September 2019) with Prote(s)xt Books, (http://www.hesterglock.net/protesxt-books.html) an imprint of London’s Hesterglock Press. Stale Objects (de)Press in Sydney first published splashback as a digital chapbook (http://staleobjectsdepress.tumblr.com/post/168078185300/kathryn-hummel-splashback) in 2017: it’s basically one madly long word association poem referencing socio-political and environmental issues, digital media (its gets quite meta at one point) and a host of other subjects. Lamentville comments on the way humans interact in climates overrun by virtual hyperactivity and digital technology, whereas Dominic could best be described as a series of poems that form a narrative of romantic love, blending fantasy and reality. I feel fortunate to have books coming out with these publishers, especially since they’re entertaining an unknown kid—part of my motivation in approaching them was to see whether my poetry had game outside my known territory. But mostly, I just like their style and their respective publishing philosophies which seem closely linked to their approach to life, work and politics. Both publishers also turn out cunningly designed, interesting and clever books and are headed by energetic, creative people.

In the northern hemisphere’s autumn/fall, I’ll be participating in a three week digital poetry residency (https://nokturno.fi/ajankohtaista/vuoden-2019-digitaalisten-residenssien-runoilijat-ovat-niina-oisalo-ja-kathryn-hummel)  with the experimental poetry journal Nokturno (https://nokturno.f), based in Finland. My project is called ‘Sunset Cento’ and will focus on creating community through a digital platform and multi-media poetry, by gathering impressions of the wondrous, everyday phenomenon of sunset throughout the world. Finally, I’ll be trying out the role of associate editor with Australian creative arts journal Verity La (https://verityla.com/) While I regularly edit ‘Travel. Write. Translation’ (https://verityla.com/submission-guidelines/travel-write-travel/) (travel writing) and ‘Rogue State’ (bold non-fiction) (https://verityla.com/submission-guidelines/rogue-state/) I’ll be doing more work behind the scenes and will hopefully take part in rolling out some of the plans Michele Seminara, the Managing Editor, has for the future of the journal.