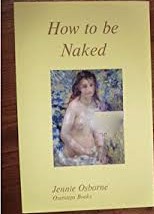 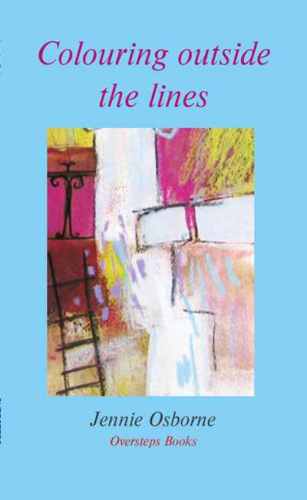 lives in South Devon. She is one of the organisers of Poetry Teignmouth and the Teignmouth Poetry Festival, gives workshops and readings around the South West, and runs a regular ‘Poetry Playtime’ group in Teignmouth.

How to be Naked, Jennie’s first collection, came out from Oversteps Books in 2010 and her latest collection, Colouring Outside the Lines again from Oversteps in Sept 2015. This collection includes First to Blink, which won first prize in the 2015 Kent and Sussex Poetry Competition, also The Habits of Free Electrons, a runner-up in the 2015 Mslexia Competition. Her poems also feature in many magazines and anthologies, most recently in The Book of Love and Loss (Belgrave Press) and Songs for the Unsung (Grey Hen Press). A pamphlet is ‘in the pipeline’, and she is working on a third full collection, which addresses our relationship with ‘the other’ including the global environment.

As well as being inspired by the countryside around her, Jennie is interested in the interface of poetry with art and music and finds collaboration with musicians and visual artists fruitful. She is a co-author of the collaborative book Poets, Painters and Printmakers 2012. Themes of time, memory and relationship, although often with an unexpected twist, underlie her work which she sums up as being about ‘this messy business of being human’.

CD: Something about a Woman (avail from Jennie, via Moor Poets)

I started writing as a fairly young child, in primary school, and enjoyed reading poetry too. I carried on through my teens, stopped at the onset of work and marriage. I started again in my early forties, when, looking for something outside the aforementioned work and marriage, I spotted an advert in the local adult ed programme for a poetry workshop run by Bob Devereux. I was living in Cornwall in those days. At that, I met members of a local poetry group – and there was no looking back. My interest in, and skill at poetry increased over the following years.

It must have been at school. I remember a project where I compiled an anthology of poetry – presumably gleaned from books in the school library. My parents didn’t have any interest, although they were great readers and introduced me to the local library from an early age.

I suppose starting with secondary school and over the(non-writing) years I was aware of the traditional poets probably up to the Hughes/Heaney era. And once I started linking in to the poetry scene, I soon discovered the rich variety of amazing comtemporary poets.

I don’t have one – it’s very erratic. I tend to write anywhere other than at home and often go to cafes or outdoors. I may not write for weeks and then have a productive burst.

Well, that’s a mystery. I do quite often get prompted in workshops – then taking the poem in an original direction. I write a lot in collaboration with visual artists. I am very concerned about the environment and have written a number of successful poems prompted by encounters with animals, trees, etc. And of course the vagaries of my own life – the ‘messy business of being human’. I don’t find that it works for me to have an idea of what I intend a poem to be about, and often I’m quite surprised to find by the end what it is about. There’s a sense that the poem knows what it needs to be and I’m just facilitating this. Editing of course is a different matter, but it’s still about helping the poem to be its best self and not another poem at all – a bit like gardening, or child-rearing come to that.

Dylan Thomas I’m aware is an an influence – his use of language and the music of his writing – I can see that element in my writing now and in other contemporary poets I enjoy. Generally I think its the feeling for rhythm and sound patterns that stayed with me from much of my early reading.
I also remember being taken with the mystery and clarity combined of William Blake, that sense of poetry saying so much more than the sum of its words, again, this is something I aspire to.

7. Whom of today’s writers do you admire the most and why?

I think Alice Oswald has to be my number one, for her musicality, her ability to speak in the voices of people and landscape – particularly in ‘Dart’.

8. Why do you write, as opposed to doing anything else?

Interesting question – one answer would be – I write as well as doing lots of other things.
Another would be, I write as a form of creative expression because that’s the only avenue I have any skill at – would love to play an instrument well, and compose, and have dabbled, but I’m well aware I don’t have that ability, partly because I’m dyspraxic.
And another answer is – I write (poetry only, not prose) because, given the right prompt, poems come along and insist on writing themselves through me.

Another multi-layered question!
At its deepest – if you need to ask, you aren’t one! You become a writer by writing!
Assuming someone is writing, the next most important thing is to read – particularly the genre they wish to write, but more widely too. Read voraciously and intensively, noticing what writers do with language, what moves you, what doesn’t….
And then, join a writers group, to get critical feedback from your peers. It may take time to find one you are comfortable with. Learn not to be oversensitive, to accept comments as helpfully meant, to consider them carefully, to accept or not in the privacy of your own writing space.
Some writers, myself included find going to workshops useful, to give you that kernel of grit to make the oyster ie a prompt you would not have thought of to make your own. Others don’t respond to that. Experiment

I’m afraid everything is in a hiatus due to preparation for the Teignmouth Poetry Festival (I am one of the organisers). In the autumn I was working on soundscapes with a view for setting up a performance group, a ‘word choir’ with a couple of other poets – that may be picked up again in a month or so. Also, I will start shaping my third collection, which will be centred around our relation to ‘the other’ in many different senses.