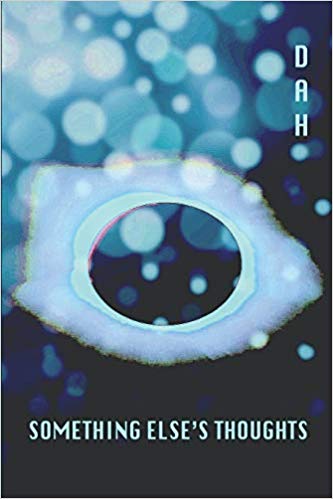 Born April 7th 1950, in Herkimer, New York and raised in Ilion, New York, along the energizing Mohawk River, Dah has been a resident of Berkeley, California since 1980.Besides being a prolific writer, Dah is an award-winning photographer, and a yoga practitioner since 1969. He is a certified teacher in two yogic disciplines, Shivananda  and Yoga Of The Heart. From these two schools he developed his own style, Chakra Four Yoga, which he’s been teaching to children in public and private schools since 2005. Dah stopped teaching adults in 2013, only to focus on the magical realm of teaching kids to meditate, to stretch, and to stay in harmony with the natural world.

When Dah is not writing or teaching he stays close to nature and has a great passion for coastal camping along the Pacific shores and backcountry camping along lakes and rivers, as well as cycling, canoeing, and daily long walks in the redwood hills of Berkeley. He also spends many hours in his self-designed and self-built garden meditating or floating into a trance state of deep relaxation, dreams, and visions.

Much of Dah’s poetry exhibits indelible images of nature and,  at times, his poetry can be beautifully melancholic due to the gloomy emotionally and spiritually depleted realms  of humanity, politics, and religion.

Dah says: I don’t always want my readers to feel comfortable in that uncomfortable poetry can create realizations that enable an expansion of one’s imagination and experiences.

WR: Dah, thank you for taking the time out of your schedule for this interview.

DAH: The pleasure is mine Paul, and thank you for inviting me.

WR: So, what inspired you to write poetry?

DAH: For me, Paul, it’s more of who than what. The inspiration comes from nearly all of the 20th Century European and Russian poets, along with
the Dada and Surrealist writers, which also includes Rimbaud and Whitman.
Then, in the 1960’s, Bob Dylan, John Lennon, and Jim Morrison’s poetry/lyrics
came around and the complex word-play in their writing has had a powerful
affect over my creativity. It was as if a spell had been cast.

WR: Who introduced you to poetry?

DAH: I began focusing on poetry in my early teens due to my ninth grade English teacher.
She would begin class by reading poems from Neruda, Whitman, Poe, and others.

WR: How aware were you of the dominating presence of older poets?

DAH: I believe that the awareness is always there, whether conscious of it or not. It’s understood that, as a young poet, older poets have
always had a stimulating affect over my thoughts as a creative thinker.
It’s the creative achievements of these older poets along with their ability
to string words together into stunning similes and metaphors that, as a
fledgling writer, lured my imagination and my interest.

WR: What is your daily writing routine?

DAH: I would like to say that I have a writing routine, but I don’t have one. I’ve never considered a writing process. I write when I have something to say. I don’t force words onto paper, nor do I force myself to write. There are those who are convinced that if they don’t write so many words per day then they are failing as a writer, and I find this type of thinking stifling with a side of emotional torcher. I’m completely relaxed about writing and about being a writer. Also, I travel a bit, which creates natural stimulation for my imagination. I write in pencil in cheap composition notebooks which I carry with me all of the time. There’s nothing special in my working technique, no glorified writer’s sanctuary.

WR: What motivates you to write?

DAH: My subconscious tells me when I must write. I never consciously think about it. Many times while walking or driving I have dropped to the sidewalk or pulled my truck over to get a first-draft line or two out of my head and onto paper. Again, there is no specific process or rules for my writing. There’re no deliberate set ups, no special pen, or no particular writing space, or any writers retreats. The only time that I retreat to write is when I open my composition notebook, or when I open a blank WORD doc. Any time that I am writing I have retreated, that is, into my imagination.

Also, I’m a member of the poetry critique group, The Lounge, which is a place where a few of us writers watch out for one another by critiquing and editing each others work. It’s an online group that I created in 2013. I keep The Lounge at ten members or less. It’s a comfortable, egoless space to be a writer.

WR: What is your work ethic?

DAH:. To be a good writer one must be an honest writer, a writer of integrity, even if you are making it up you have to be honest with yourself about why you are writing this or why you are saying this.

WR: When you were young, how have the writers you read influenced you?

DAH: In everyway possible, artists influence artists. Ones development as an artist and ones many transformations as a growing artist are connected, in one way or another, to what one reads or observes from other artists. There’s no denying the influence and/or inspiration by those before us. On many different levels we, knowingly
or not, establish an emotional relationship with those who have influenced us.

WR: Who of today’s writers do you admire the most and why?

DAH: I read many literary journals and magazines and to be honest there’s not much from contemporary poets or fiction writers that excites me. Currently, there’s an overwhelming deluge of sentimental writers, those who persistently write about their families, or childhoods, or about the dying process of a mother or father, that doesn’t draw me in.

I am a hard reader to please. It’s rare for me to be astounded, or to be left speechless by today’s writers. I am not stating that these are inferior writers I am simply saying that what they’re writing about doesn’t appeal to me. On the other hand, being that W.S. Merwin is still alive, then, yes, I admire much of his earlier works. There’s something visionary in his thinking, something deeply creative in his wordplay, something essential and fresh in his creative language. There is also an up and coming fiction writer, Michael Grotsky, who may be releasing his first collection of short fiction at the end of this year. I’ve read many of his stories, and his imagination is of a higher-level accomplishment. His stories are bold with unique characters, places and dialog. Grotsky’s fiction never fails to take me on a spirited adventure to places that I have not been, or to show me something that I’ve not seen, or to tell me things that I have not heard.

WR: Why do you write, as opposed to doing something else?

DAH: I’m an artist, and creative writing is simply one of my many expressions.

Fine art photography has been another of my expressions for about four decades.

WR: What would you say to someone who is asking you: “How do you become a writer?”

DAH: To become a writer, one must write. There’s no other way to be a writer.

WR: Tell me about the writing projects you have going on at the moment.

DAH: My seventh book of poetry, Something Else’s Thoughts, was released by Transcendent Zero Press in July 2018. My sixth book, The Opening,
was released a few months earlier by CTU Publishing in March 2018.
Currently, my eighth book, Full Life In The Day Of A Poet: selected poems,
is in production with Cyberwit Press. The 100-plus poems in this collection
are culled from my first four books. The release of “Full Life … “ should be
March 2019. Also, I’m continually submitting my poems to journals and
magazines, which amounts to about fifty to seventy of my poems published
each year. Over the past few years I have had hundreds of poems published
in scores of literary zines, in both academic and non-academic periodicals.
In addition to all of these writing projects, I’m sorting through my literally
thousands of photographs for my first photographic book. If I stay focused
I may even see it to a finished piece of work with about fifty-to-hundred images.

WR: Dah, thank you for this insight into your world as an artist.

DAH: Thank you, Paul, for having me here.

with an introduction by Eve Costello

with a Foreword by R.H. Peat

With a Foreword by Elina Petrova

With an Introduction by Irene Toh

With a Foreword by Brenda-Lee Ranta

With an Introduction by Michael Grotsky