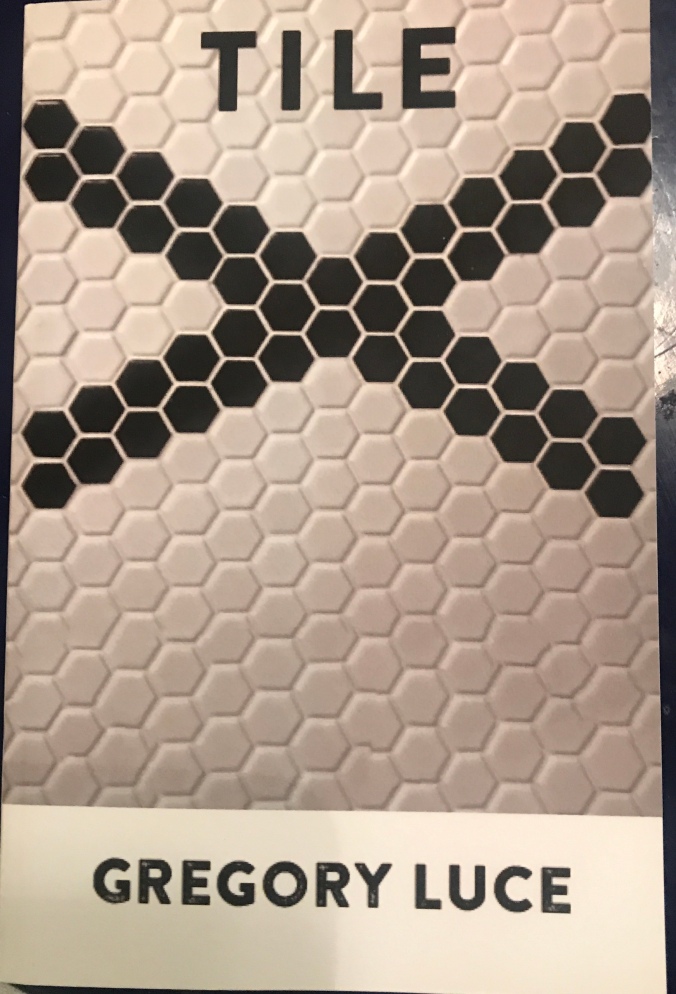 is the author of Signs of Small Grace (Pudding House Publications), Drinking Weather (Finishing Line Press), Memory and Desire (Sweatshoppe Publications), and Tile (Finishing Line). His poems have appeared in numerous print and online journals, and in the anthologies Living in Storms (Eastern Washington University Press), Bigger Than They Appear (Accents Publishing), and Unrequited and Candlesticks and Daggers (ed. Kelly Ann Jacobson). In 2014 he was awarded the Larry Neal Award for adult poetry by the D.C. Commission on the Arts and Humanities. Retired from the National Geographic Society, he lives in Arlington, VA, and works as a volunteer writing tutor/mentor for 826DC. He blogs at https://dctexpoet.wordpress.com.

I don’t remember exactly when, but it was some time in my childhood. I know that like nearly all elementary school students, I would have written poems as assignments on occasion. I must have enjoyed it enough to write on my own. As to why, who can say?

Before I could read, I of course was read and sung nursery rhymes, Mother Goose and the like. But my most significant exposure to poetry came when my grandmother would read to me from A Child’s Garden of Verses by Robert Louis Stevenson. Later when I could read myself, I went back to that book over and over. I learned that Stevenson as a child was often ill and confined to bed, as reflected in his poem “The Land of Counterpane” (my favorite in the book). Without being conscious of it at the time, I felt a connection to the boy in the poem. I wasn’t a sickly child, but when I was forced by illness to stay in bed, I too would create battles with my own toy soldiers. it was an early lesson in the power of poetry to communicate across distances, cultures, and time.

I wouldn’t say older (or no longer living) poets ever had a “dominating” presence. Certainly as I began to write poetry seriously in the latter years of high school. I read a great deal of poetry, especially the English Romantics and a few randomly selected modern poets like T.S. Eliot, Robert Frost, and Marianne Moore. I can’t say that any modern poets had much influence on my own writing; on the other hand the Romantics had a powerful and deadly influence. Most of my juvenilia was…well, calling it a pastiche of Keats, Shelley, et al. would be too kind. Later, in college, grad school, and after, I read widely in the work of major modern American poets like W.C. Williams, Robert Creeley, Wallace Stevens, Frank O’Hara (all of whom continue to have a strong influence on my poetry), and many others. But I wouldn’t call their presence dominating.

If you mean specifically relating to poetry, I don’t have one. I start writing a poem when some kind of inspiration—a word, a line, an image—strikes me and provides enough fuel to keep me going. But I do keep a (more or less) daily journal that I occasionally mine for possible poem starters.

The perhaps egotistical notion that I can create something that will communicate or give pleasure to other people. The joy in finishing a poem that I believe to be good, or at least the best I can make it. The sheer bliss of being in the flow of composition and not noticing time passing or external distractions.

I try to be diligent in noting the sorts of inspiration I mentioned above. I do the best I can to keep up with my journal just to keep my pen limber if nothing else. When inspiration does occur I try not to let too much time pass before sitting down to write. The rest of the time I endeavor to stay alert to the phenomenal world, to conversations around me, to my own emotions, all of which provide rich material for poems.

The question of influence is always fraught. W.C. Williams and Creeley taught me the value of concision. O’Hara taught and continues to teach me that the stuff of mundane daily life can be made into poetry by the use of the right language. Robert Lowell reminds me that my inner life of emotion is a valid source as well as possible common ground with the reader, provided I find the proper language. Many others have no direct influence on my style but serve as exemplars of the power of and need for poetry.

My answers to this shift as I discover new (to me) writers, but at the moment I most admire younger writers of color like Ada Limón, Erica Dawson, Morgan Parker, Rachel Eliza Griffiths, Terrance Hayes—these are just a few of many (and I notice most of them are also women). They write honestly and fiercely about their experiences in dealing with the special challenges of American life for non-white and/or non-male citizens yet also find time and words to praise. They have enriched American poetry by introducing the rhythms and charged language of hip hop and other Black vernaculars, by infusing American English with Spanish, by exposing the double-edged experience of being both female and of color. My impression is that most of the best and most powerful work in American poetry today is being done by writers who in the past would have been marginalized or unheard.

Why do I breathe? Not to be flippant, I can’t not. The drive to write is too strong to disregard. Plus it brings enormous joy and has brought me into a community of poets and poetry lovers that I cherish both for the social enrichment and for the inspiration and motivation to write that it gives me.

Read a lot, poetry and other literature, of course, but also newspapers, advertising, whatever uses words that draw you in. Pay attention to your surroundings. Look hard at everything and don’t be afraid to eavesdrop. Then pick up your pen (or pencil) and write.

I have one chapbook manuscript under consideration at a small press. I am also gathering the poems I have written about music and musicians into a chapbook ms., though by the time I’m done it could become a full-length book since I keep returning to that subject. Otherwise it’s just writing, writing, writing.