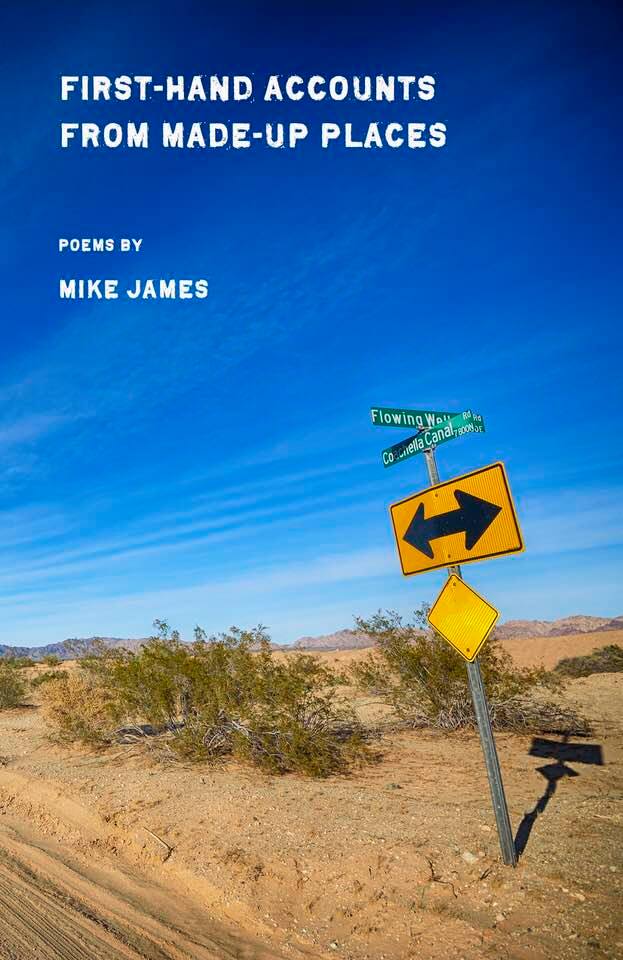 is the author of twelve poetry collections. His most recent books include: First-Hand Accounts from Made-Up Places (Stubborn Mule, 2018), Crows in the Jukebox (Bottom Dog, 2017), My Favorite Houseguest (FutureCycle, 2017), and Peddler’s Blues (Main Street Rag, 2016.) His work has appeared in over 100 magazines throughout the country in such places as Birmingham Poetry Review, Soundings East, and  Laurel Review. He has also been active as an editor for the Kentucky Review, Autumn House Press, and his own Yellow Pepper Press. After years spent in South Carolina, Missouri, Pennsylvania, Georgia, and North Carolina he now makes his home just outside of Nashville, Tennessee with his large family and a large assortment of cats.

I actually came to poetry in high school through an interest in politics. I’ve always been a  political junky and I remember reading the great speeches of the past and being enthralled by the rhetoric. The interest in rhetoric led me into an interest in language, which led to poetry. Most of this happened when I was 14 and 15. I love that Pound quote, “I knew at 15 pretty much what I wanted to do.” That’s exactly how I feel.  I’ve spent part of almost every day for the last 33 years writing poetry and reading poetry and thinking about both. I’ve held a lot of jobs over that time, but they have all been secondary.  I’m just a poet.

2.  How aware are and were you of the dominating presence of older poets traditional and contemporary?

I became aware of contemporary poets very early and I became aware of the tradition they operated in very quickly. As a young poet in the late 1980’s I went through a lot of different phases, but I always did the same thing in regards to my education. Whenever I fell in love with any major contemporary poet of the time (James Dickey, Adrienne Rich, John Ashbery, W.S. Merwin, Jean Valentine, etc.) I would read their poetry and then interviews about their poetry. Any time they mentioned a poet as being good or influential I tried to find work by that poet. Self-education is the only type of education I’m aware of. That path has led me to some discoveries (Stephen Jonas, Jim Brodey, Alfred Starr Hamilton) well outside of the cannon.  I still read pretty much the same way although now I’m less inclined to hunt down primary influences and more inclined to just accept new contemporary work without looking for historical precedents.

My main focus is to always make sure that I schedule some time every day. During the week, I normally either write very early in the morning or late at night. On the weekends, my schedule is just some time during the day. It often involves a walk or a drive.

I really love to write and I think I enjoy writing more now than I ever have. I’m very focused on whatever I can discover while I’m writing. Outside of, maybe, the form I’m using I very seldom have a pre-conceived idea. I begin with a very vague idea and, maybe, with what Valery called, “the given line.” Bly used to talk about good poetry as having a “leap.” By that, he meant that poetry should take the writer and the reader to some unexpected place. I write a lot of bad poems which I discard or save parts of. I don’t really worry about the bad ones because I know that lots of times when I writing poorly it’s because I’m doing practice work for what will come later or else I’m doing draft versions on subjects I’m not ready to address.

Probably work ethic and expansiveness. I read Tennessee Williams as a teenager and he talked about how he wrote every morning, hungover or not, inspired or not. That idea of just showing up really stayed with me.

Also, the poets I really enjoyed when young and still enjoy today are ones who were not afraid to change and go in another direction at any time. There’s a big difference between early and late Robert Lowell. And you can say the same thing about plenty of other poets like Rich, Merwin, Bly, Carson, Yeats, Auden, Spicer, Dickey, and Ginsberg.

There are so many. My favorite living poet is W.S. Merwin. I admire him for the breadth and consistency of his work, as well as the length of his career.  My latest book is dedicated to the poet Joan Colby, who has certainly written numerous stunning and varied poems throughout her long career. A short list of the contemporaries I admire would include: John Dorsey, Daniel Crocker, Jennifer Bartlett, Jordan Rice, Megan Volpert, Rebecca Schumejda, Jericho Brown, Jeffery Beam, Roy Bentley, Anne Carson, Sparrow, Jeff Alfier, Shawn Pavey, Stephen Roger Powers, and CA Conrad.

I look for poets who not only show a high skill level, but who also are willing to push subject matter into new areas.

Sure.  John Dorsey often writes about the disaffected. Daniel Crocker writes about both being bi-polar and bisexual. Anne Carson often merges concepts of poetry and prose, as does CA Conrad. Jordan Rice writes about being transgender. Stephen Roger Powers has a sequence of poems about Dolly Parton. Sparrow writes satirical pieces which read like stand-up comedy.

I always quote the old Saul Bellow line, “A writer is just a reader moved to emulate.”  To me it’s very simple. Read all the time. Write all the time. Listen to criticism from smart people. Don’t get too attached to anything you write. Understand writing is a process AND a job. Know that hard work pays off.  And know that sometimes you work hard and the end result is still no good. When that happens, be willing to begin again.

I’m always working. Right now, I have a few different projects. I have a book of prose poems I’m about to send out. I also have a sort of miscellany or sampler I’m working on. After 12 books there are lots of things that didn’t fit into other collections, as well as lots of new work. Finally, I have a book length erasure poem that I’m tinkering with. I’ve published a few erasures in magazines, but this isn’t like anything else I’ve done. It’s definitely something completely new.