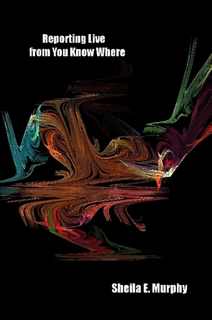 is an American poet who has been writing and publishing actively since 1978. Her book titled Reporting Live from You Know Where won the Hay(na)Ku Poetry Book Prize Competition from Meritage Press (U.S.A.) and xPress(ed) (Finland). The book appeared in 2018. Murphy is also the recipient of the Gertrude Stein Award for her book Letters to Unfinished J. (Green Integer Press, 2003). Murphy is known for working in forms including such as the ghazal, haibun, and pantoum in her individual writing. As an active collaborator, she has worked with Douglas Barbour on an extended poem called Continuations. Murphy’s visual work, both individual and collaborative, is shown in galleries and in private collections. Initially educated in instrumental and vocal music, Murphy is associated with music in poetry. She earns her living as an organizational consultant, speaker, and researcher and holds the PhD degree. She has lived in Phoenix, Arizona throughout her adult life.