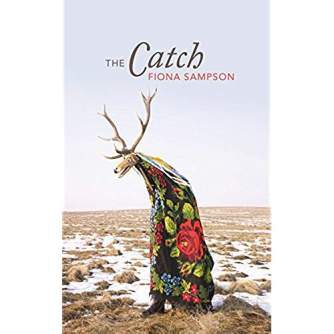 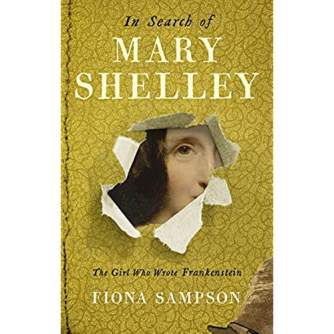 is a leading British poet and writer, published in thirty-seven languages, who has received international awards in the US, India, Macedonia and Bosnia. A Fellow of the Royal Society of Literature, a Fellow of the English Association and a Fellow of the Wordsworth Trust, she has received an MBE from the Queen for services to literature. She’s published twenty-nine books and has received the Newdigate Prize, a Cholmondeley Award, Hawthornden Fellowship and several national awards each from the Arts Council of England, Arts Council Wales, the Society of Authors, and the Poetry Book Society. She has held a number of international fellowships and served on many literary juries in the UK and abroad, is a prolific national newspaper critic, collaborates with visual artists and musicians, and is a frequent national radio presenter. Her recent books include the poetry collection The Catch (Penguin Random House 2016), studies of musical form in poetry (Lyric Cousins, Edinburgh University Press 2017) and of Limestone Country (2017), and the critically acclaimed biography In Search of Mary Shelley (2018).

I like words, and music, and writing that thinks as it goes. All of these elements seem to me to point to poetry.

I don’t think anyone did. I just somehow knew it existed and went looking for it from quite an early age, around seven and eight. It seemed like a beautiful dream. And growing up in Wales I had wonderful teachers, in Wales: before we moved back to England, around the time I turned eleven. This was both in the village primary school and then in the local comprehensive. Those teachers admired poetry above all. Their enthusiasm for the genre made them generous in encouraging a pupil who loved it and wanted to try it out. They read us lots of examples, from Dylan Thomas to A.E. Housman. Most of these were glamorously hard to understand, yet strangely beautiful. And they themselves, writing poetry and reading it, were also our examples.

I’m very aware of the canon and always have been. For example, Percy Bysshe Shelley’s ‘Ode to the West Wind’ was one of the first poems I became obsessed by. When I was about nine, I used to chant it to myself (in my head). I’m glad I started to read widely before I understood much about gender: that very early reading didn’t seem to me to exclude me, even though so much of what I read was by men. The Metaphysical poets are a great influence on me. And in the world of contemporary poetry I have wanted from the outset to work on and learn from the verse being written today. Not by my pals, I mean: but by the key writers. I’ve spent lots of time reviewing, translating and editing/publishing poetry for this reason. I don’t really understand poets who don’t. Don’t they want to keep exploring the endlessly opening possibilities of our form?

Well, It depends what I’m doing to earn my living on any particular day! But if I can be at home, then I work at my writing till about noon, then put in an 8-hour shift on job work.

I enjoy it more than almost anything else, apart from my own home life. I’m very often desperate to write and unable to do so because I have other obligations. Life seems to conspire to ask you not to write. Do anything else – teach it, review it, talk about it – but don’t actually do it! Also, writing is the thing that I can do best.

I see work as a kind of obligation to our community: without working how can you possibly be contributing the most that you could? I include in this working at caring and domestic roles, obviously. If it’s worth doing, it’s worth doing well! I am afraid I’m not very tolerant of people who can’t be bothered, who freeload on those around them…

They completely furnish my mind. I read a lot of prose rather than poetry when I was young: because that’s what the public library had. Once I was 9 and allowed in the adult library, I consumed 6 books a week (the maximum allowed) every week for years. I found early on that I most enjoyed books by writers I’d heard of. I was bored by commercial fiction. And then Virago came along and I discovered there were lots more women writers as well as Virginia Woolf. I trusted the publishers’ brand, and let the dark green covers guide me to all sorts of writers I hadn’t heard of, but should have. Women like Elizabeth Taylor and Rosamund Lehmann. …They didn’t bore me, either!

It’s hard to name just a few because there are so many, and because my enthusiasms do change. At the moment, for example, I’m mad for life writing by women: Deborah Levy, Rachel Cusk, Maggie O’Farrell, Elif Batuman, Eva Hoffman, Drusila Modjeska – and I enjoyed Joyce Carol Oates’s memoir – and I always return to Woolf. Not just the novels, I mean, but the Writer’s Diary and the Letters are a kind of life writing, willy nilly. But that’s just this month. Ask me again next month and I’ll give you a completely different answer.

I’d say it depends what you mean by ‘becoming a writer’. Is it having a book published? Having an enjoyable hobby and going to a writing group? Struggling to think or make art on the page? And what genre interests you? Because the answer is so different according to what your dream is. But there are two things that you have to do whatever you mean by ‘becoming a writer’. You have to read, and you have to write, and you have to do both unstoppably. It’s the 10,000 hours thing.

I’ve just finished the libretto for Daedalus, a full-length chamber opera by Philip Grange, and a new collection of poetry which includes two long poems about my fathers. I’ve spent much of this year continuing to think about Mary Shelley, and I’m now working on a related biography of Elizabeth Barrett Browning. I’m fascinated by her, not least because her verse novel, Aurora Leigh, which was hugely influential when it appeared, especially on other writers (of both genders), is the first published account of how a woman becomes a poet. And however much it’s fiction, it is also reflexive. This year I’ve also been Co-Investigator on an AHRC-funded project researching poet to poet translation. There’s a three-way book to co-write as a result of that.