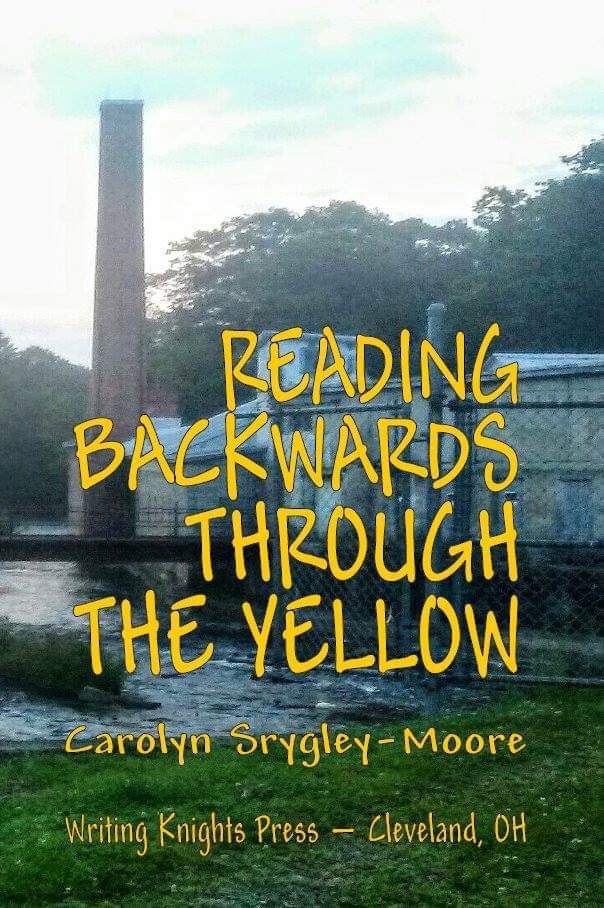 is the author of 5 books of poetry, to include Miracles of the Blog and Reading Backwards Through The Yellow. Her interests include photography, visual art; and advocacy for dogs, especially breeds whose survival is threatened by BSL. Breed specific legislation targets, largely, Pitbulls and Pitbull type dogs. She is a graduate of Baltimore’s Johns Hopkins University, where she won awards for her poetry.
She is a best of the Web and pushcart nominee. She is a mom, a wife, she loves to swim. Her upcoming book, Ode to Horatio and other saviors, crisis Chronicles Press, will be available soon!

i started writing poetry when i was rather young, six or seven; very bad nursery rhyme like creatures i would read aloud to my family on Christmas Eve, as each family member played a purpose. in 6th grade i was actually given a best poet “award” and had a couple pieces published in the local paper. however i inclined to the visual arts in junior high and high school, and really only fell in love, truly with language one night my Freshman year at Hopkins. I was hanging out with two friends and their dog, listening to saxophone spiraling Joni Mitchell, i may have been high? — & i fell in love, hard, with sound & cadence & significance etc that connoted true poetry, not Mitchell’s version, but a glimpse of what i could, myself, engage. i believe poetry, true, the why of it: initially was a safe place in an uncertain home, and still is a safe place, in an uncertain world. there is nothing more wonderful to me, than having the opportunity to write, fully, to my greatest capacity. not only fun, it is or can be meaningful, if and when received by those who engage the piece, in time.

Poetry was of course introduced to me by the schools, my mother, and one of my brothers (who encouraged my writing and my visual arts). i always found that schools were rigid and limiting in the question “what does a poem mean” where the question should be “what does a poem mean to you?” I recall in 9th grade being turned off of poetry, for i received a poor grade for turning in my interpretation of a poem, which differed from the teacher’s interpretation. i found it, not upsetting, but terribly annoying. when readers ask me what one of my poems mean, i say let it wash over you, the sounds, the syllables, imbue you outside in; what do you endure, what do you perceive? it is really a whole lot more fun, that way!

3. How aware are you of the dominating presence of older poets traditional and contemporary?

interesting question/ the dominating presence of other voices. well, i am in constant rebellion against that domination. i want my voice to be unique, with integrity that it ensue from me, directly, Harold Bloom’s book The Anxiety of Influence struck me, when i read it one summer, 19. As Nietzsche killed off Wagner, don’t we writers kill off those who influence us most, that we might own our own voice? I killed off Elliot, Joyce. Even in high school. in a conversation with my teacher, i said i was afraid to read, i wanted my voice to be pure. this mindset of course makes me smile. i am well read, but mostly of the dead: being imbued by contemporary writers annoys me. i am terrible. the strong voices, i think, or the ones who kill nobody off in the search for originality. they are the brave souls. i have my days, moments, years — of this, of being brave.

I write all day. I write whenever i can. it’s pretty simple.

The significance of writing is, to me, finding voice: voice for myself, an articulation that cannot be formed through the spoken word // voice for others, the underdog, the victim. i was raised in a home touched by domestic violence and alcoholism (i am myself a recovering alcoholic, 23 years), i saw the victim role, i saw the role and example of my mom, a strong woman only recently passed, stand up for her dignity and the dignity of her children. this inspires me. animals disparaged, made the underdog, fighting for the survival of their breed, inspire me to voice. any occasion that seems unfair, erroneous…i am heavily influenced by poets of the second world war, pre, during, and post; surrealism too propelled me through my creative boundaries. a word, a situation, a sound — motivate, inspire. they say a writer must be constantly vigilant, for that spark, and i think that is a penultimate truth.

i guess, in terms of work ethic, I believe if you work very, very hard, and maintain both your passion and your discipline, something good will come of it. i’ve been fortunate. i have 5 books, publishers have taken interest in my work; my weakness lies in ignorance regarding how to promote my books. i haven’t accomplished a reading since my child was born — 19 years ago.

As i mentioned above, my boundaries in terms of beauty and theme were destroyed by classical writers — Proust, WIlde, Joyce — and later works by the first generation of the Surrealist movement, and by poets of the second world war, especially Milosz. i am constantly in reference to his plaid bathrobe, which he wore while seated by a window overlooking the seas  these writers stay with me. Neruda, Lorca — of course, one must laud these — but, perhaps because of my exposure to indecency and violence, most moved me, into understanding even the unfairness (ie., how the migrant workers and immigrants have been treated by this administration) of our current affairs.

8.  Who of today’s writers do you admire the most and why?

i took French throughout high schools and college, and i regret it. the literature a poetry being propagated by the Spanish speaking countries is phenomenal. t hey invented Magical Realism, as far as i know, and as its mother, they have forged paths never before seen. Isabelle Allende, for example, is the name that sticks with me. facebook also, is a miracle of wonderful artistry. my favorite poets there are Donna Snyder, Aad de Gids, and David Mclean

I write in search of Voice and articulation — of my own world, of the world endured and enjoyed by others. i write to make sense of chaos, to name, in naming to make tidy, the chaos that lies within myself, and in the world around me. i am full of disorder, and disorder needs a placemat, a place to lay the morning headlines, the bowl, the knife and spoon. perhaps it serves for me, as religion might serve for others. once, i was writing a poem in the middle of a party held by a rriend; a friend walked up and put his hand on my shoulder: “And Carolyn,” he said, “you say you are not religious?”

i don’t know. discover your own cadence of creation, find a way to fit it, into the turmoil, and Just do it, as both Nike and Emerson say. respect language, for she is a tigress, and she will respect you. read. read but be careful, for you own voice might be eaten alive!  No. but make sure you return from that place to which your reading transports you, with your own voice, if richer, still intact.
11. Tell me about the writing projects you have on at the moment.

i have a bunch of projects going on at the moment! I still try to get my favorite books i authored out there (Miracles of the Blog; Reading backward through the yellow.) I have two private projects going on, one primarily for mom, inspired by her love, her illness and her release. they are hybrid pieces, and will be indented by my photographs. most important however, the book to be published shortly (delayed due to my spell of grief) called Ode to Horatio and Other Saviors. I am an animal rights advocate / when i can afford to take a day off work, i go to the rallies in NYC, where the killing of adoptable dogs is outrageous and inhumane. On facebook we do fight to save these dogs, and sometimes manage to do so! BSL (breed specific legislation) is something i fight, we, figiht. my book has to do with euthanasia, of dogs: the death of Horatio was the first unfair euthanasia i witnessed; the euthanasia of our dog Evy, in 2012, was another death I had a hard time contending with. The book is a month in the poet’s life:, demonstration the emotional and creative compression, surrounding the before, during, and after of Evy’s death. it is not a book entirely of grief, there is beauty and joy, and will not i imagine be received with neutral arms. Crisis Chronicles Press will be its publisher: it is a book that has morphed often, and has been a long time in the making.