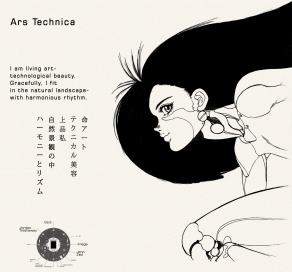 My name is Jenn and I make stuff.

Pretty late, I guess .. in my early 20’s .. I always admire writers and writing but never felt I had much talent for it

My ex .. Hannah .. she introduced me to a lot of literature I may not have otherwise sought out. I tend to let things come to me rather than go looking for them .. I have enough of my own ideas to be going on with .. but, when a writer or artist comes to my attention I usually absorb as much of them as I can if I find them interesting.
3. How aware are you of the dominating presence of older poets traditional and contemporary?

Well, quite aware, but mostly through other writers, their inspirations and stylistic muses .. for myself, I have my own influences though I have spent quite a few years removing myself from any influence through literature in order to try to find my own voice, in my writing .. like stopping reading any publication by any major or minor name in the genre for over 15 years .. I’m not sure I consider myself a writer or poet, so I can take a step outside of any ‘presence’ dominating or otherwise.

For example .. the most influential poet who helped me shape and find my poetic voice is an unknown poet by the name of 9. But, the English Poet Billy Childish would be the other main and published, overall influence to style and poetic voice.

I have none .. no routine for writing, not any more .. I have a pen or pencil and notebook always at hand and scribble down ideas as and when they come to me.

I need to create.

For my personal art and writing, I am chaotic .. I make for the creative need to create .. I have no real vision beyond that .. I need to create, it is the only true meaning I can make any sense of.

Barely. I feel so far removed from any writer I read when I was young .. though, they remain important to me.

Well, for example .. Mary Shelley shaped the idea that women are able to write about complex scientific ideas within a philosophical narrative that explores the human condition, who we are, how our decisions define us. Angela Carter extended this into a feminist structure that broke conventions of what was considered ‘normal’ .. and then William S. Burroughs showed me that the traditional novel / writing can be deconstructed into any new form you wanted it to become .. these were seminal moments in my personal education on ‘what is art’ when considering literature.

To be honest, I couldn’t name a single contemporary writer. My self-imposed exile from the world of literature continues .. with one exception .. Stieg Larsson, he of ‘The Girl’ series .. and I admire him as a man who not only explored the inherent violence towards women in ‘the patriarchy’ but also managed to write such a complex and complete female character that does not easily fit into a generalised and easy to define type.

There are a lot of writers who I met through the two websites ‘Poetry Circle’ and ‘Open Arts Forum’ who I admire greatly .. to many to list, really .. but, people like Lavonne Westbrooks, Jordan Trethewey, Dan Flore III, Roger Fenton, Maggie Flanagan-Wilkie, Paul Brookes, Wren Tuatha, Trish Saunders, Maria Mazzenga, Starr Sarabia, Tom Riordan, Ton Romus, Ron Androla, Marc Woodward, Jay Gandhi, Mary McCarthy, Michael Ashley .. and many, many other writers showed me a very vibrant community of creative and thoughtful people which I felt very privileged to be part of.

For the same reason as I make any art .. because I must .. it’s a steam valve. Without it, I may not have been able to explore ideas to the degree I have.

Heh .. the great question. How isn’t as important as the why, in my opinion .. but, how is only done by the doing. To learn one must do, the act itself becomes the idea, from there things like style and technique are learned as one evolves in the art.

11. And finally, Jenn, tell me about the writing projects you have on at the moment.

None at all! I have about 5 notebooks worth of scribbles that I may try to shape into some short form poems that I will turn into ‘visual poems’ .. other than that, I continue to collaborate with Jordan Tretheway on our SyncWorld series .. but, I also have upcoming visual art collaborations with people such as Ian Badcoe (Bodkin) and Wren Tuatha .. my personal philosophy toward my own art is ‘Artist without Vision, and even less Ambition’ .. so, I tend not to think very far beyond the next few pieces I have on the go right now .. and then I move on from those, onto the next thing, and so on .. always moving forward.