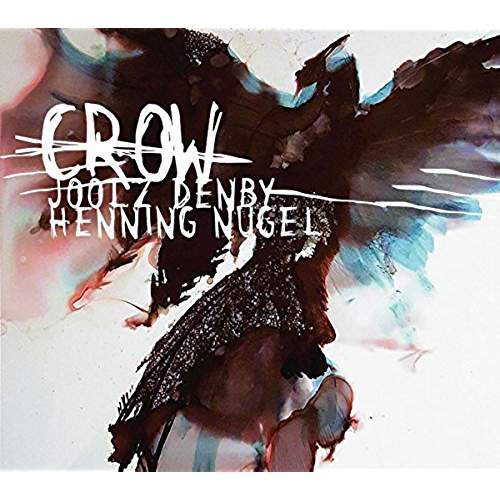 Joolz Denby has been a true underground renaissance artist since the late 1970s. As a poet, she was one of the principle figures to emerge from the post-punk generation, publishing seven collections of work and giving readings all over the World in countless different settings. As a novelist, she has published six volumes, including € Stone Baby € for which she received the New Crime-writer of the Year award in 2000 and € Billie Morgan € , which was shortlisted for the Orange Prize for Literature in 2006. As a working artist, Joolz has designed all the record covers and visuals for the band New Model Army for 36 years (as well as being a guiding hand throughout their long career). Her paintings have been shown in many galleries while her unique tattoos have adorned clients from around the globe who come to her Bradford studio. Crow will be her seventh studio album, with past collaborators including Jah Wobble, members of New Model Army, Mik Davis and many others.

1. What inspired you  to write poetry?

*I honestly can’t remember a particular thing, as I have written poetry from my earliest years. My late father secretly kept the poetry I’d written when I was a child and I found it after his death. It wasnt that much different from what I write now in some ways. I know I was published from age eleven in the school magazine and local paper and my English teacher gave some of my work to Ted Hughes to look at and he sent a note back which was helpful to me. I write as I wrote then, in my own way about things that interest me.

* There were some poetry collections in my childhood home, traditional works, but again I don’t remember ever not knowing about poetry. As a child in the 70s the Mersey Poets were an inspiration as was Dylan Thomas. I was and still am an avid reader of absolutely anything. And of course song lyrics were a great influence.

* Not at all. I never paid any attention to anyone else in the sense of being dominated by any influence. I think as a teenage poet I’d have laughed at the idea of anyone telling me what to do,  though I was always aware of having a lot to learn, I was and am very resistant to be told what to do or think.

* I try to write a little something every day, even if it’s just a note. It’s the same with my drawing, I believe you need to keep your hand in, keep practicing. Or you lose the easy touch you need so things don’t seem laboured.

* I just do it. I never needed motivation because it’s as natural as breathing and I don’t get blocked. If something’s not coming I just let it alone for a while and draw instead. It comes back eventually.

* I’ve worked hard at every discipline I’ve done, poetry, novels, art, tattooing. You don’t get anything without hard work, dedication and commitment. If that sounds boring then you just don’t know the incredible joy of doing something well and seeing the result of your labour. I don’t buy the pisshead poet stereotype or the druggie artist. It’s boring and tedious to witness and they’re never as good as they think they are. Dylan Thomas was the exception but if he hadn’t been an alcoholic we’d have had decades more of his brilliance.

* Their influence is that they’re always with me, every day.

8. Who of today’s writers do you admire the most
and why?

* I don’t like many modern poets and I can’t stand Slam. I rate the novelist James Lee Burke as a poet and the lyrics of Justin Sullivan.

* Read everything you can and keep reading and write something everyday. You have a computer in your pocket with a smartphone, use it.

* I’ve just released an album of poetry set to music with the German composer Henning Nugel and were looking at another. I am serializing my life story on Facebook in a Group called The Memory Box, which any one is free to join. I’m writing new poetry all the time and doing the odd gig now and again. I’m planning an illustrated book of my poetry, and doing 3 Red Sky Coven gigs next February.