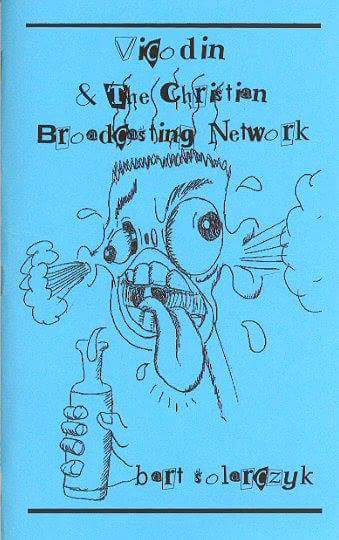 Bart Solarczyk lives in Pittsburgh, Pennsylvania with his wife, daughter, dog & cat. Over the past 35 years his poems have appeared in various magazines, anthologies & chapbooks. His most recent chapbook, Right Direction, was published in 2016 by Modest Proposal Chapbooks (an imprint of Lilliput Review.) His full length book of poems, Tilted World, is upcoming soon from Low Ghost Press.

When and why did you start writing poetry?

I started in grade school, probably around 4th grade, as a writing assignment. I remember I wrote a poem about my little brother, about his destructive tendencies, comparing him to a bomb. My mother loved the poem & kept it for years.

Around 7th grade I started writing for my own pleasure. I had a friend, Chipper, who shared my interest. We wrote together in a composition tablet. Our individual poems as well as collaborations.

Who introduced you to poetry?

We always had books at home. My mother read to us & wanted us to read. Some of the books had poems. I went to Catholic school & the nuns & lay teachers introduced me to Poe, Whitman, Dickinson, others. They were part of our curriculum.

What books did your mother read to you?

What did you find interesting in the songs?

My mother bought a lot of Golden Treasury books. Stories for kids, some strange like Cry Baby Calf & others just traditional stories.

I found the stories & images conjured in the songs interesting. Some were obscure, like Neil Young’s Cowgirl In The Sand. So many of Dylan’s songs read like poems & related stories in a variety of ways, some more direct than others.

Poetry as storytelling. Was Chipper’s poetry similar to your own?

Yes & the way the story gets told. Sometimes a straightforward narrative & sometimes obscured a bit in images, word collages, abstract, maybe like an impressionist painting.

So experimenting with ways of telling.

Yeah I guess Chipper & I had similar styles. Everything rhymed & we both had a sense of humor, sometimes cruel, often absurd.

Did you use any particular poems, songs stories as templates when writing your own?

Exactly! There are many ways to say something.

I tried to imitate certain artists I’m sure, even if I wasn’t always aware I was doing it. But you have to break free eventually to form your own voice.

How did you break free?

I don’t think you can completely shed your influences but imitation equals bad writing. Look how many bad Bukowski imitators are out there.

What is your daily writing routine?

I broke free by reading more & writing more & not thinking about it too much. It took shape naturally & one day it was there.

I don’t have a daily writing routine. I can go weeks without writing. Then something happens, something strikes me & I write it down. I write longhand in notebooks & try not to stop to edit until I feel like it’s finished for the moment. Then I go back to trim & pare it into a presentable poem.

How do the writers you read when you were young influence you today?

I guess that depends on what passes as young. Going back to the days I talked about earlier, I still appreciate Poe, Whitman, Dickinson, Longfellow. I think I learned the importance of rhythm in a poem from them, even though my poems are usually brief & unrhymed. Poets I read in my 20s & 30s will always have some value to me.

Why do you write?

It feels like something I have to do to stay balanced. I enjoy the process. It somehow helps me make sense of the world. I think it releases buried feelings & emotions. And there’s a joy when I nail one right on the head, an epiphany, satori, truth shaped in my words.

What would you say to someone who asked you “How do you become a writer?”

I’d pass along Buk’s advice: “Go to a small room & write.” But I’d add the importance of reading, certainly poetry but fiction, essays, articles, whatever. And don’t do it for any other reason than to write. Don’t try to make it a means to some other end. Not fame, not wealth, not to get laid. Well maybe to get laid if you meet the right person.

And finally Bart, Tell me about the writing projects you have on at the moment.

I’ve been busy with my manuscript for a new book, hopefully coming out before year’s end. I’ve had 9 chapbooks published but this will be my first full length book. 62 poems being published by Low Ghost Press, a respected small punisher here in Pittsburgh. This past Saturday one of the editors, Scott Silsbe, & I reviewed & approved the final draft. The title is Tilted World. I’ve also been writing some new poems & doing some readings. I have one next Thursday at White Whale Books