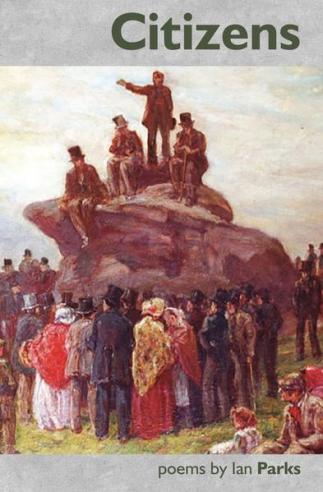 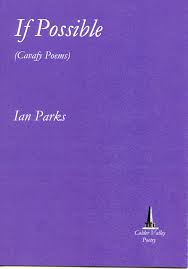 Ian Parks was born in 1959 in Mexborough, South Yorkshire. The son of a miner, he has taught creative writing at the universities of Sheffield, Leeds, Oxford, De Montfort and Hull. His many collections include Gargoyles in Winter, Shell Island, The Landing Stage, Love Poems 1979-2009, The Exile s House, The Cavafy Variations and If Possible. He is the editor of Versions of the North: Contemporary Yorkshire Poetry and runs Read to Write in Doncaster.

I have always wanted to be a poet. I can’t remember a time when I wanted to be anything else. I started writing in my teens and began taking it seriously when I was about twenty.  My first collection, Gargoyles in Winter, came out when I was twenty-five.  I was passionate about history as a child and I recently discovered a couple of notebooks in which I’d written poems on historical themes. I’d forgotten they existed.

My father, inadvertently. He was a miner and there were no books in our house – let alone poetry books. But he’d learned reams of it at school: Wordsworth, Keats, Shelley, Tennyson and used to recite them when he was getting ready to go out. Poetry came in through the ear and not the eye for me at a very early age.

By ‘older poets’ do you mean poets who are living but older than me? If so Milner Place. Milner is in his eighties now and came to poetry late after living an adventurer’s life a s a sea captain. He’s a master of the long narrative poem and I recommend him to everyone. Ff you mean poets of another generation then I’d say Hardy, Auden, and Thom Gunn in the last century and, further back, Shelley.

I don’t have one! Although I do make serious effort to write something every day. I don’t write and finish one poem at a time. I work on at least twenty all at once, moving them all on slowly. Then suddenly one of them will start screaming for attention and I’ll try to finish it. I probably save one in ten of the poems I write.

Love. Romantic love but love of freedom, liberty, equality – all the great radical virtues. I think poetry should be motivated by passion. It’s not a hobby and shouldn’t be taken lightly. It’s about dedication, hard work, and the willingness to expect rejection. We live in a world that is increasingly alien to everything that poetry stands up for so the poet today has to swim against the tide. Being a poet is, and always has been, a radical act. When Shelley made his huge claim that poets are the ‘unacknowledged legislators of the world’ I think he had something like that in mind.

I don’t have one. Poems call and I respond. I never wanted to be a career poet. I’m not sure that the two notions can possible co-exist. I write as honestly as I can about what moves me, what angers me, and what seduces me.

Only in so far as they’ve left an atmosphere. I’m not technically influenced by any of the Romantics for instance – but the spirit of Romanticism permeates everything I try to do. I more likely to be influenced by a new collection from a young poet than by the poets I read when growing up.

I think Laura Potts is a truly remarkable poet. She incorporates the best from the poets who have influenced her – most notably Dylan Thomas – but has an instantly recognisable voice that is as impassioned as it is mellifluous, as urgent as it is passionate. She manages to convey complex emotional states in a language that is accessible, conversational almost, but leaving the reader in no doubt that what they’re encountering is poetry of the first order.  Easily the best young poet writing in English.

To hold a mirror up to myself.

Stop worrying about it. Treat poetry as if it’s something as natural as breathing, not something to strive after and be anxious about. It’s not a competition. You won’t become a poet by watching the progress and successes of others. You need to make contact with your own voice, find it, recognise it, and explore its potential.

I’ve recently published two collections. Citizens deals with social justice (and injustice) and tries to explore the language we use to articulate that idea – and who that language now belongs to. If Possible is a collection of thirty versions of poems by the modern Greek poet Constantine Cavafy – a poet I love. A further, companion pamphlet, Body, Remember, will come out next year with another thirty of these translations. It’s been a labour of love. My main project at the moment is putting together my selected poems. Choosing what to keep and what to discard is a sobering business – but a worthwhile one too. I must say this project of yours is timely and very worthwhile. Thanks for asking me to take part.