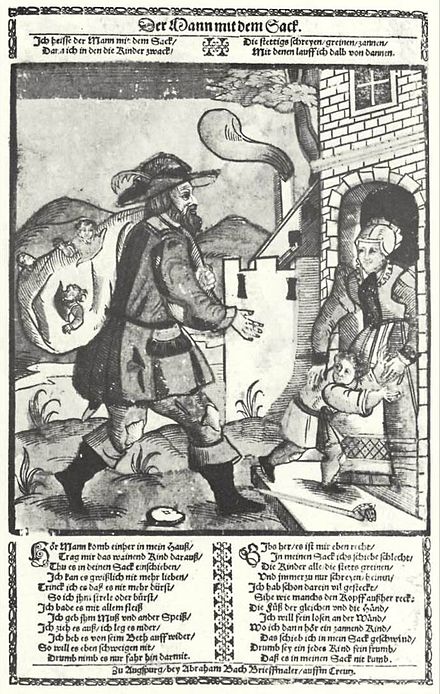 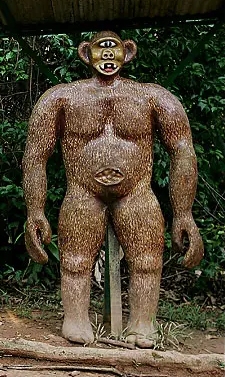 When you are in the sack, and he is whistling along
you wonder if you weigh that much at all.
You think of the still, strung barrel of pig
your mother nodded down
from its market gibbet, telling you
to hold and not drop. Its flat snout
nudged your bicep as you jogged its bulk.

The burlap mesh burns your limbs,
bare for summer. The same spot again.
And in between his huffs of exertion,
a pheasant barks past, a wren strings its song.
He gently explains the client is wealthy
but fearfully ill. What an opportunity.
Who, at seven, can say they have saved a man?

It amuses him, as he swigs from
a calf canteen, that his sack contains
another sack. You. What wonders, he coos,
you forge in your body. How magically
blood and fat become life and gold.
They are looking for me at home, you croak.
I imagine so, he says, and goes on.

She sings the song of a mournful sea
Her limpid voice rising and falling
Trilling and soaring in pouring streams
Of round crystal notes that bubble
Forth in a rising key, chasing
Each other like beads on a string-

Her chorus rings forth with the evening tide –
Crashing and pounding, ebbing and flowing
In a constant surge of undertow
Churning up the deepest blue notes
Of the thrumming midnight sea

In the deep water, the spirals speak
in the tongue of vengeance,
a daughter’s fury with the father
who broke his word.

Who broke his word to respect
her mother’s secret, for being a man,
his word, given to a woman, had no weight,
her wishes, a feather in the talons of an eagle.

She took her anger to the depths
outside the world of men, of men
who ruled the world in the name
of the dead man hanging in a tree.

She brought them up, her daughters,
in the deep water, taught them
no man is to be trusted, not even a lover,
not even a father, especially not a father.

Such women can only be serpents,
speak with the devil’s forked tongue,
for whoever heard of a woman
demanding respect from her lord?

The Sack Man will take you away,
if you are not good, if you do not obey,

he’ll toss you in his sack
and never ever bring you back.

So say parents, teachers, priests, and nuns–
while their children cry at night,

frozen in fear, tongue-tied in terror,
they wait for daylight,
forever–

they feel love mixed with panic,
hope rusts, never gleams–
they are too scared to dream.

lives and works in southwest France. A Pushcart Prize nominee, her poems and stories have been published in magazines and journals including Ogham Stone, the Ekphrastic Review, Black Bough Poetry, ink sweat and tears, Gleam, Nightingale & Sparrow, Green Ink and Brilliant Flash Fiction. She blogs at https://janedougherty.wordpress.com/ Her poetry chapbooks, thicker than water and birds and other feathers were published in October and November 2020.

is a poet originally from the UK who now lives in South Germany with their family. They have been writing poetry since their teens and is currently working on their second collection of poems.

developed an interest in reading and writing poetries at a very tender age. Her poetry “The Seashell” was first published online in the “Imaginary Land Stories” on August 8, 2020, by Sunmeet Singh. She has been a part of Stuart Matthew’s anthology “Sing, Do the birds of Spring” in the fourth series of books from #InstantEternal poetry prompts. She has been featured in the Bob Dylan-inspired anthology “Hard Rain Poetry: Forever Dylan” by the founder and editor of the website “Fevers of the Mind Poetry and Art” David L O’ Nan. Her poetries have been published in the anthology “Bare Bones Writing Issue 1: Fevers of the Mind”. Paul Brookes has featured her poetry, “A Monstrous Shadow”, based on a photograph clicked by herself, as the “Seventh Synergy” in “SYNERGY: CALLING ALL WRITERS WHO ARE PHOTOGRAPHERS” on his blog “The Wombwell Rainbow”. She has been featured in the “Quick-9 interview” on feversofthemind.com by David L’O Nan. She has reviewed the poetry book “Silence From The Shadows” by Stuart Matthews. Her acrostic poetry “A Rainstorm” has been published in the Poetic Form Challenge on the blog “TheWombwell Rainbow” owned by Paul Brookes. She also joined the movement “World Suicide Prevention Day” by contributing her poetry “Giving Up The Smooch” on the blog “The Wombwell Rainbow”, an initiative taken by Paul Brookes.

from Belfast in Northern Ireland, had no idea that when she started a degree with the OU at forty it would be life changing.  It magically turned her into a writer and now she has a few collections of poetry published, all by The Hedgehog Poetry Press Recently, she has been a judge for The North Carolina Poetry Society and guest sub-editor for the inaugural issue of The Storms: A journal of prose, poetry and visual art. Her new chapbook, Eight Types of Love, was released in July. Follow her on Twitter @gaynorkane or read more at www.gaynorkane.com

has been writing poems since he was 17 and has still not learned to give up. His poems have been published in The Brown Envelope Anthology, and magazines (Horizon, Writers & Readers) most recently on XRcreative and forthcoming in the Deronda review. His poem ‘ripped’ was long listed in the Rialto Nature & Place competition 2021. In August 2021 he took part in the Postcard Poetry Festival and the chap book that came from that is available at the postcard festival website. https://ppf.cascadiapoeticslab.org/2021/11/08/dave-garbutt-interview/.

He was born less than a mile from where Keats lived in N London and sometimes describes himself as ‘a failed biologist, like Keats’, in the 70’s he moved to Reading until till moving to Switzerland (in 1994), where he still lives. He has found the time since the pandemic very productive as many workshops and groups opened up to non-locals as they moved to Zoom.

Dave retired from the science and IT world in 2016 and he is active on Twitter, FaceBook, Medium.com, Flickr (he had a solo exhibition of his photographs in March 2017). He leads monthly bird walks around the Birs river in NW Switzerland. His tag is @DavGar51.

lives in southern New Jersey near the Delaware River. Her poetry has been published in several poetry journals and anthologies, including Black Bough Poetry, Anti-Heroin Chic,  Fevers of the Mind, and Nightingale and Sparrow. Her first full-length poetry collection, River Ghosts, is forthcoming from Nightingale & Sparrow Press.  Twitter: @merril_mds  Instagram: mdsmithnj  Website/blog: merrildsmith.com

a retired teacher and children’s library specialist, considers herself an adventurer. She has meandered the country in an old Chevy van and flown along on midnight runs in a smoky old Convair 440 to deliver the Wall Street Journal. She is a licensed pilot, coffee house lingerer, and finds her inspiration and solace in nature in all its glorious diversity. Loving wife and mother, she makes her home in the wilds of Portland OR. www.MudAndInkPoetry.art

2 thoughts on “#folktober #ekphrasticchallenge. Day Thirty-One. Congratulations to all those who have reached and worked towards this final day. I celebrate your creativity and energy! To celebrate the launch of my new poetry collection “As Folktaleteller” I downloaded 93 folklore art images, 3 per day in October and asked writers to write poetry or a short prose inspired by one, two or all three images. Please join Jane Dougherty, Jacqueline Dempsey-Cohen, Kirsten Irving, Merril Smith and I, plus those who react to the images on the day, as we explore images from folktales.”