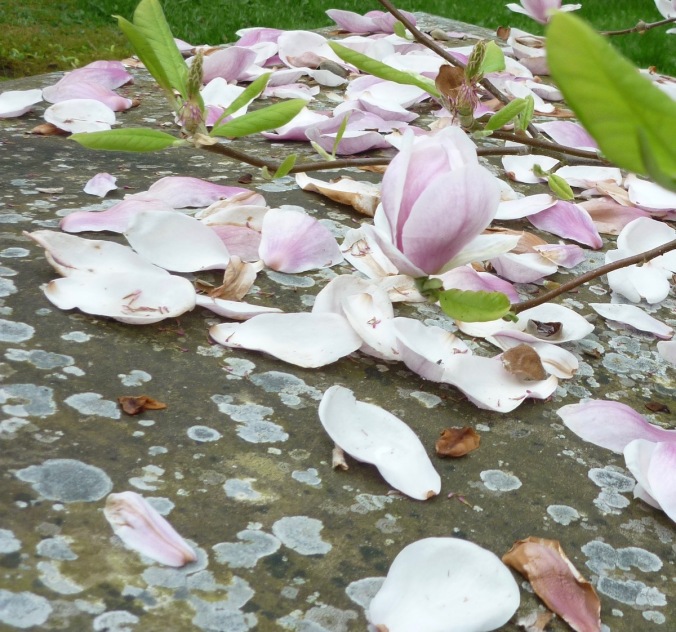 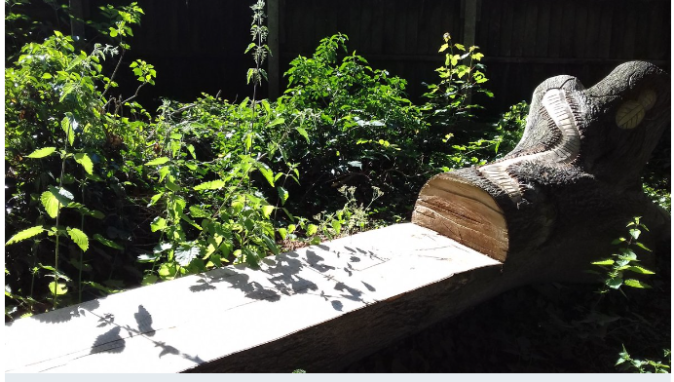 it was a long journey

well you do don’t you. you travel .

you do what you has to do with love

even if things are difficult.

I feel it was just before the bridge

later they changed the name of it

through april we saw it bud as we passed going down

bloomed as we returned

then the reason for the journey failed and

when I see a magnolia tree I remember

I remember sultry days in the long grass dried over

by cuckoo woods over there

looking them over and gently placing them back

the woman on the corner watched, looking over

I remember a lot of things

To be as impressed with flowers, as other people, is to achieve
something worthwhile. Here, Pentti Linkola – deep ecology,
disappointment, hands, prying open a bird box. Dead mammals,
the small bones of a petal, inside, the entire remit of clichés
involving death. Yes, another listy death poem, another regression.
Another impressive notion of right and wrong. Cats underwater,
drowning, observing these flowers in my hands, the branches, etc.

To be as impressed with bugs, as other people, is to achieve
something worthwhile.

On the flat stone she
wept her thousand regrets.
Wax petals, a mother’s
confetti of pink tears.

This was a song a
descant to winter-tide.
Of lighter months,
not to the stone of
dark grey lands
carrying lichen kisses.

And as the lichen looks,
death’s breath rattles
and waxed tears wash
abandoned to stoney seas.

A flower’s shower
a softer form of rain.
As the tree reaches out,
tentative fingers touch
her children’s clothes.

Mitochondrial Eve,
as magnolia flowers breathed,
oxygen rich and rot
from the seas.

Lullaby of the Cicadas

The Flood – Stuck in mourning darkness every
twilight sadness for loved ones lost, I weakly
attempt to bravely to bravely attempt my inner
flood walls but then despair breaks through,
Threatening my brittle fading halo, so I let it seep
a little- Just to taste the pain once more but as
always like before, I allow a faint chorus to
penetrate through the dark cavities of my soul as
I listen to a lullaby of cicadas calming me healing
me comforting me shielding me – Saving me.

Chorus of the Nymphs – We come from dormant
Slumber to share our essence with you. Allow us
to numb the melancholic hum in your soul. Let us
gather notes of eons ago echoing from ancient
forest trees to deliver a new symphony – Hoping
to set your mind free from recurring soul-eating
melodies.

Emergence – The mornings seem to radiate brighter
into these faded streets of my mind, where dagger
smiles are replaced with hopeful eyes, willing me to
turn back into a brightening awakening aura,
beckoning my new tomorrow, so I willingly follow
the faint strange welcoming sounds of a new song –
Joining the throng of lost souls eager to emerge
Renewed, healed. Fading sadness penetrated by a
lullaby of cicadas…

We Are the Wildflowers

Wildflowers and weeds
Bear a striking resemblance
To one another,
Differentiated mostly
By the kindness of time and
Human trials. What one calls
A weed, another calls a perennial.
And, garden walls meant to
Contain them are
Only masquerading as effective barriers.
Aren’t we all held back by
Human hands that pull and grab, or
Allowed to thrive,
By the grace of the benevolent?

Tanka for the last of the magnolias

In our oral tales others
see us as plague.
Let us starve to feed
their children.

I contemplate sat
on the viscous membrane
of this water.

To avoid mirrors.
Fly around them
not into them
as death will be
your final image.

I only see
an image of myself.

is an old new poet. He worked in social care but now has no day job. A keen photographer and eater of literature and lurid covers. Fascinated by nature, physics, pagans, sea and storm. His poetry seeks to capture image and tell philosophical tales. Published in Black Bough Poetry, Re-Side, The Hellebore Press and the Pangolin Review. He can be seen reading on #InternationalPoetryCircle and regularly appears on #TopTweetTuesday.
Twitter. @thnargg
Web    seekingthedarklight.co.uk