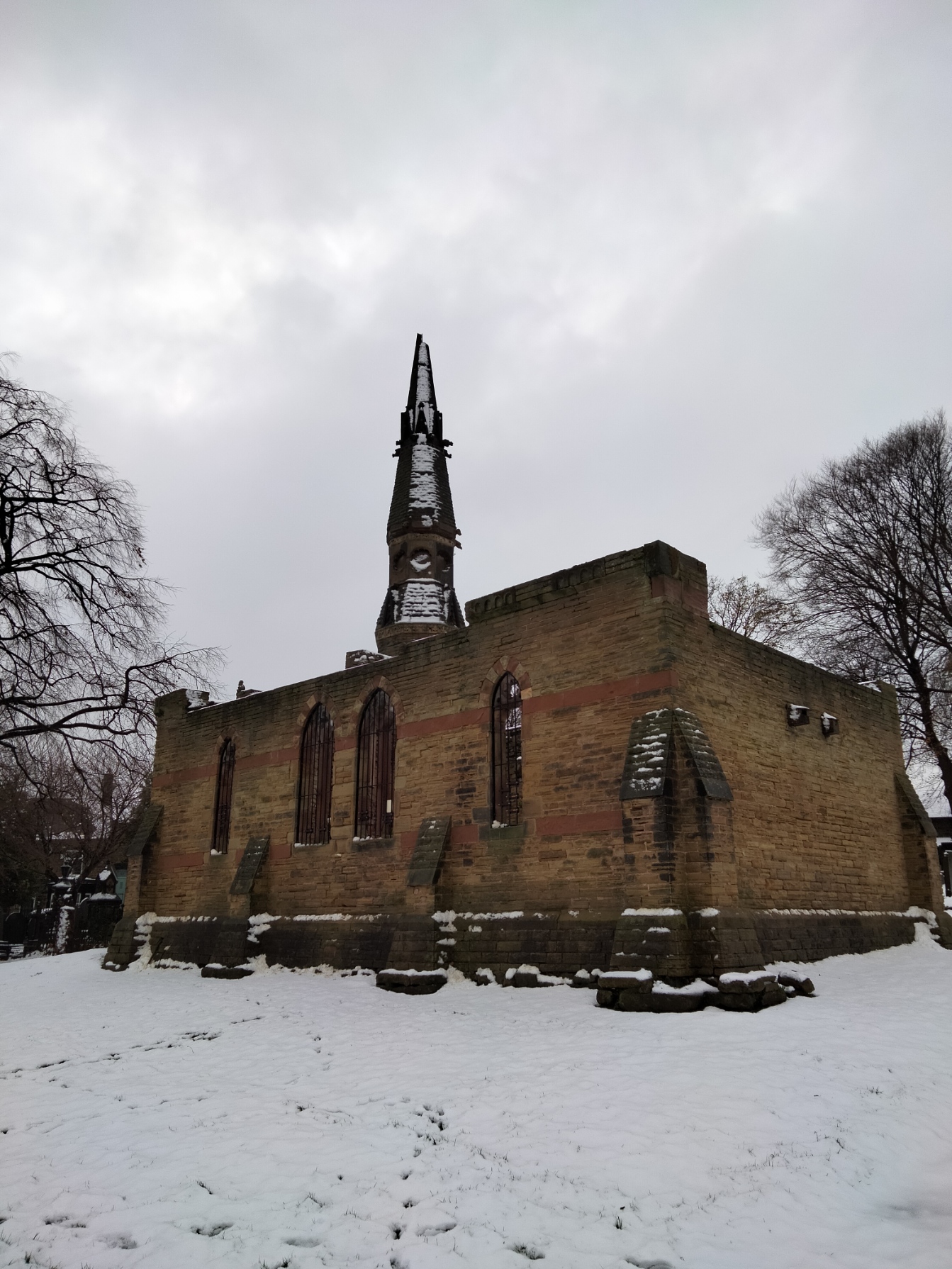 The surveying field-course, and
Malham Tarn was frozen flat and
snowed on, a deep lagged mass
warming for spring and
breathing at its edges.

We set up tripods and pointed laser
beams across the ice, derived a number
called curvature of the earth, cut
blocks of ice and built an igloo,
warmed inside while waiting for the transit.

Months passed before I returned in early summer.
The ice-shell home was soft brown lake water
and a ring of snow survived in grass
to puzzle walkers and feed their children
summer evening snowballs.

It’s half past autumn, the pumpkin, the smoke
and morning mist drops heavy dew
Trees sag, as if those few remaining leaves
hold the weight of the world

The last of the swallows have upped and gone
Thoughts turn to comfort, food, warmth
and gathering together for talks by the fire –
feeling the pull of home

This is how your heart learns to survive
as the world gets older and harder
Not quite winter, but a premonition –
bring on the snow angels

The snow glitters, lifelike.
How nice to see snow,
thinks the winter gardener,

after a long summer of bad luck.
He throws some snow over his shoulder,
because he has no salt

and watches it fall,
moved by the grace of it.
His pruning hooks catch the white of it,

swinging in their dark mists.
The winter gardener looks long into
the cold, remembering when the earth

was blood rich and clotted with veg.
His winter head is a December hive,
his hands almost warm and blue with bite.

I see my daughter’s eyes, not quite brown—
a shifting coppery green
like the fallen oak leaves on snow—

is a poet, songwriter, musician, and freelance arts practitioner from Doncaster, and is an associate member of Right Up Our Street, a nationally funded organisation dedicated to improving arts participation in Doncaster. He runs Well Spoken! – a monthly open mic night held at Doncaster Brewery, and his second poetry pamphlet, When the Waters Rise, was published last year by Calder Valley Poetry.

Natalie Crick has poems published in The Poetry Review,The Moth, New Welsh Review and elsewhere. She is studying for an MPhil in Creative Writing at Newcastle University. Last year one of Natalie’s poems was commended in the Verve Poetry Festival Competition 2020 on the theme of diversity and awarded second prize in the Newcastle Poetry Competition 2020. One of her poems received a special mention by judge Ilya Kaminsky in the Poetry London Prize 2020. This year a poem was highly commended in the Folklore Poetry Prize, highly commended in the Wales Poetry Award and she received a nomination for The Forward Prize for Best Single Poem. Natalie is co-founder / poetry editor of a small literary press based in Newcastle and Prague, Fragmented Voices.

lives in Belfast, Northern Ireland, where she is a part-time creative, involved in the local arts scene. She writes poetry and is an amateur photographer, and in both is looking to capture moments that might be missed otherwise. Discover more at gaynorkane.com

is from Manchester but now living in Wiltshire. Poems in the Honest Ulsterman, IceFloe Press and The Wombwell Rainbow. Poems due to appear in Stand in 2022. Strong Men, Carrying Horses was longlisted for the Fish anthology 2021.

One thought on “Have you created any snow poetry/short prose/artworks? Love to feature them. Please include a short third person bio.”