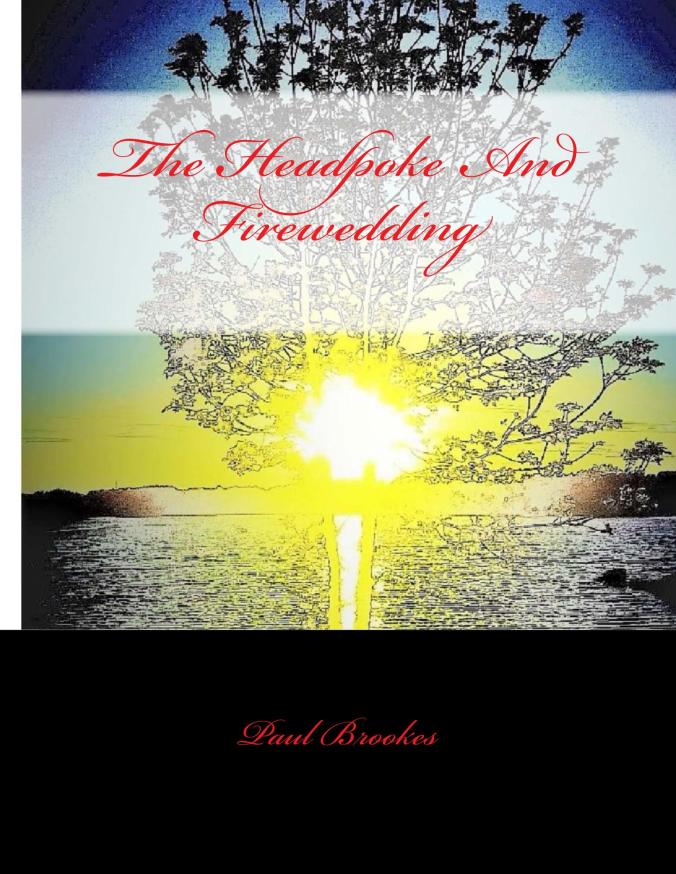 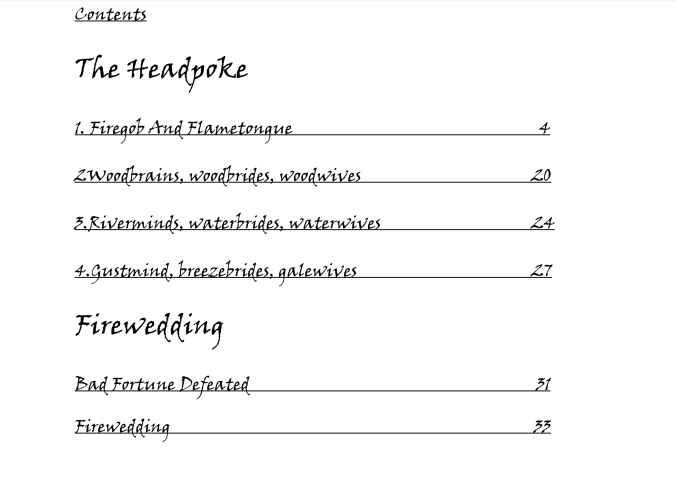 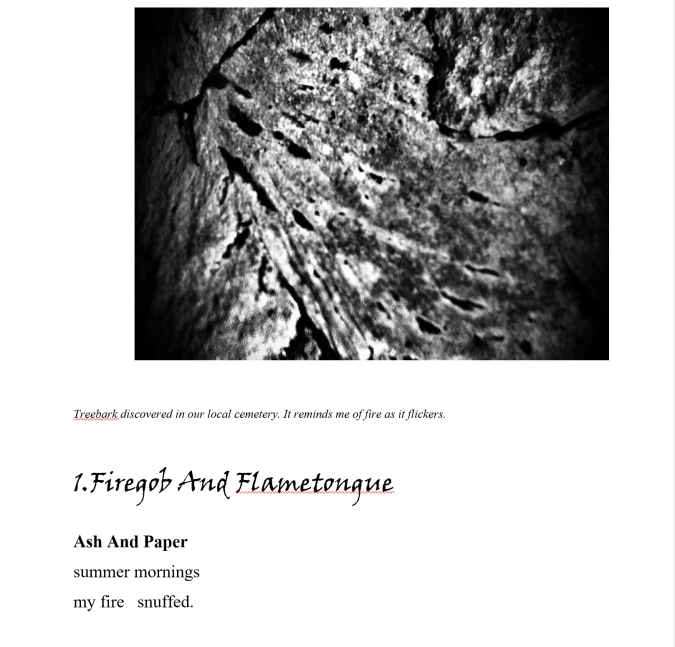 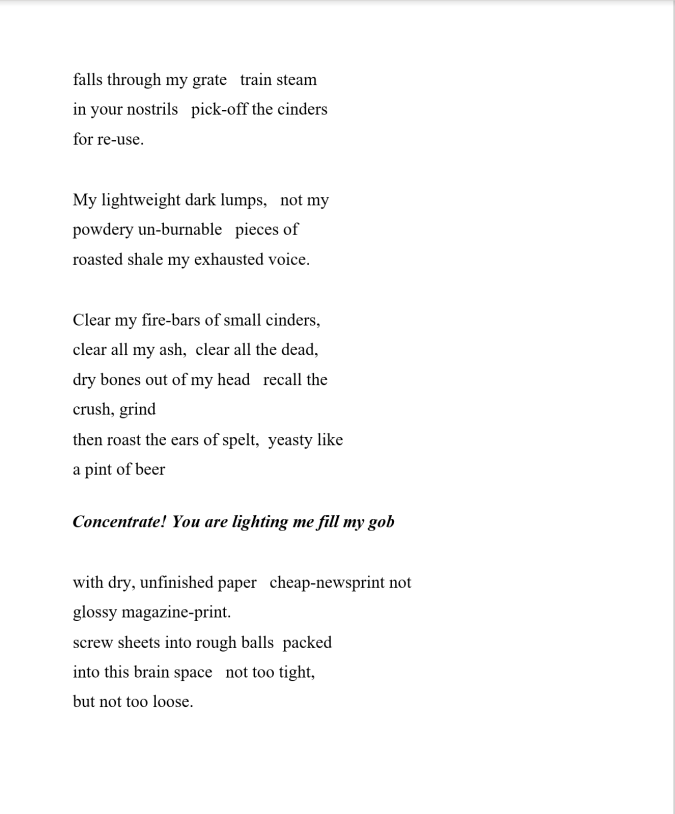 covers months June and July. In my own mind the other two books, Stubborn Sod and Our Ghost’s Holiday revolve around this book. Chronologically, this book was written first. I would love it to have been accompanied by the art of Marcel Herms, but I did not know him at this time, so I used my own photos.

The front cover photo was taken at Manvers Lake.

Firegob and Flametongue is about the process of lighting a coal fire. I live in an ex pit village called Wombwell in the Dearne valley. Not many homes here have coal fires now, partly due to environmental concerns, but also to the outcomes of the 1984 Miner’s Strike. I hope I have re interpreted the cliché idea of creativity as a fire in the brain.

The Headpoke and Firewedding was my first publication with Alien Buddha Press. It came out in 2017.