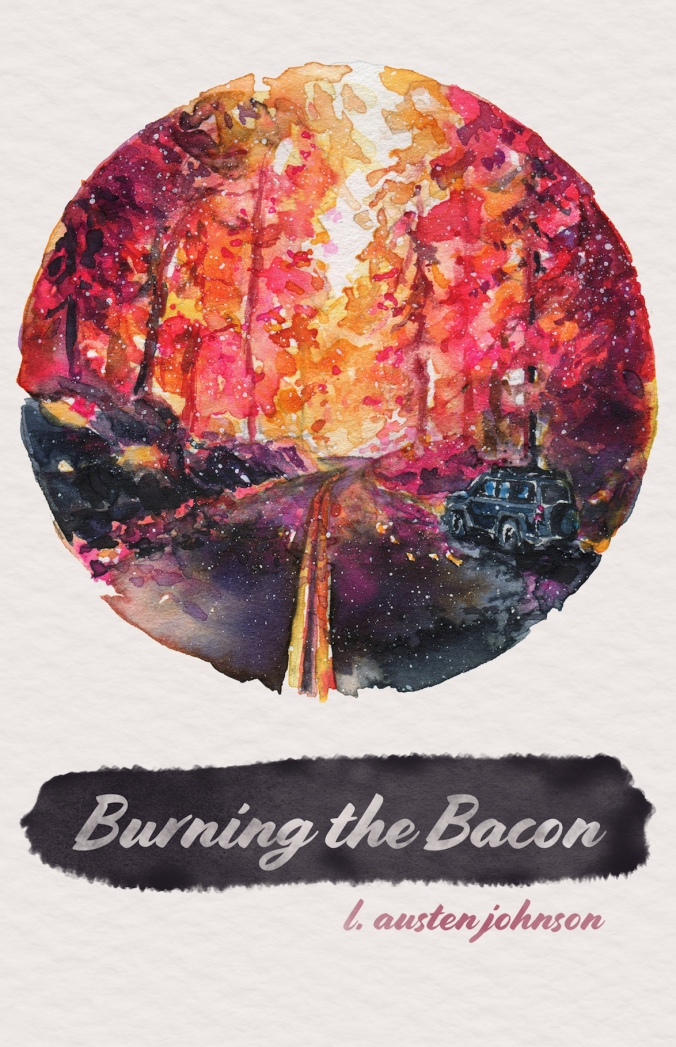 a debut poet from Virginia and counts herself lucky to be from the lovers’ state. She studied English, Archaeology, and Astronomy in university, which may explain her love for stargazing and time traveling.

She’s an avid reader, a sometimes writer, and an attempter of various art projects. When she’s not in class, you can find her searching for animals to pet, singing off-key in the shower, and learning the art of making the perfect cup of tea.

I started writing when I was in middle school and had no care for whether it was good. (May we all aspire to have a 12-year-old’s confidence in pursuing art.) I continued to write because I felt that I had to. Looking around the world and living in it seems to require some type of reflection. For me, poetry was the place where I could be overly dramatic, process emotion, take on a new character, or even just churn over a turn of phrase or two. I was not and am not always successful, but it’s fun to create images out of words and it’s heart-breaking and exciting and nerve-racking to read other people’s poetry as well.

I think the first time I actively tried to write poems, not just scribbling phrases and song lyrics in my diary, was in eighth grade after a teacher gave my class the freedom to do so. We read and wrote and read some more.

I ended up getting a Master’s in poetics, so now I definitely have an awareness of the Byrons, Wordworths, and Charles Wrights of the poetry world. I guess it would depend on what you mean by “dominating” and “older.” In academic settings, we’re usually studying writers who are dead—or maybe that’s just my course of study. In high school, I read Dickinson and Eliot, for example. But I think in daily life for most casual poetry readers, those types of authors are not that dominating. When I think “dominating” poets, I think Rupi Kaur, Lang Leav, Amanda Lovelace. I think of young women with a certain type of fanbase dominating book sales and charts and Instagram. I think I find the overabundance of both frustrating. I love me some old dead poetry: I’ve spent days reading Chaucer and Keats and the Brownings. But I recognize that they don’t represent everyone. Maybe people want less aristocracy and easier-to-read diction. Hence “pop poetry.” But now it’s kind of like unless you’re super academic or super relatable to the point of basically just writing good quotes, then you’re not a poetry that’s going to be liked. Maybe we could have something accessible and wordy? Something easy to read by not so easy that readers feel it’s all surface?

Recently I haven’t been writing poetry as much. When I do, it’s usually a phrase that haunts me when I’m trying to fall asleep that I then have to jot down in Evernote before my brain will be quiet. Other times I just take a pen out and see what happens. Unfortunately, I’m not very routine. I admire those NaNoWriMo types who can set daily word limits, but that’s not what I’ve been doing.

I once read “Atlantis: The Lost Sonnet” by Eavan Boland in high school, and my understanding of poetry changed. I started to try to unite the mythic, grandiose poetry (what I saw to be “official” and “historical”) with the personal (what I had been writing but saw to be only “modern” and “immature”). For me, I write to try to find a connection between personal experience and humanity’s experiences. I like using tiny details that should alienate a scene to actually make it feel closer to the reader. And finding how that all interacts is, I think, at the basis of why I write.

I’m not quite sure how to answer this. In general? For writing specifically? I have many ideas and don’t always commit myself to bringing them to fruition. But, on the other hand, I have many interests that I dabble in and commit to, like designing book covers and doing marketing consulting and writing lyrics. If something interests me, I will work my very hardest on it. And if I commit to something, I’ll make sure I get it done.

That one poem by Eavan Boland certainly influences me even though I read it at 15 or 16. I am still quite young (22), so I’m still being influenced. Some authors I read as a college student that influences me are Gwendolyn Brooks, Swinburne, and Yeats. Like many young writers, I had a stage where the confessionalists blew my mind. For me, the days of Plath and (not so much) Bukowski were late high school. I remember reading Plath and being shocked at the closeness and aggression in her poems. One poet I read around that same time was Clementine von Radics, who is a confessionalist, but one I prefer to Bukowski. Her work showed me how to write short, sweet, and to the point while still making it sound nice to the ear and without being too bare of rhetoric. I tried to write like her for a bit at 18 before coming more into my own voice.

I admire writers who can be direct and relatable while still being traditionally poetic. To that end, I really enjoyed Home and Other Place I’ve Yet to See by Daniel J Flore, III. And I’ve liked some of Neil Hilborn’s recent collections/performances, though I tend to enjoy written more than spoken pieces better (I can come back to them and digest them visually).

Write. That’s a cheeky comment, but really, if you write and it’s a defining part about you, you’re a writer. Now, to become a published writer, you have to write, edit, edit some more, think about how you want to arrange your pieces into a whole, and then submit to a publisher (or you can do it yourself, but that can be harder). The most important part to transition from being someone who writes for themselves and someone who writes for a (potential) reader to me is editing. Take it from Wordsworth, not me: “Poetry is the spontaneous overflow of powerful feelings: it takes its origin from emotion recollected in tranquility.” To get it good for an audience, you’ve got to master that “recollected in tranquility” part.

I’ve been trying my hand at prose. I’m in the middle of writing a young adult fantasy book based on a Polish folk story called “Unburied Man.” It promises gods, gothic elements, and love. I’ve also started a screenplay about a girl with an ostomy bag navigating the trials and tribulations of high school. As someone with an invisible illness, I think it’s really important to think about how disability can present itself. Chronic illnesses can also change the stakes of some of what we deal with as young adults. Some of the tropes + themes that are normal in media for teens take on increased meaning (think pool parties, finding independence, feeling unsure in your own body). You can follow some updates on these on my tumblr or Instagram.